The Audi Q3 is an understated, subtle contender in the compact SUV sector that’s good to drive. 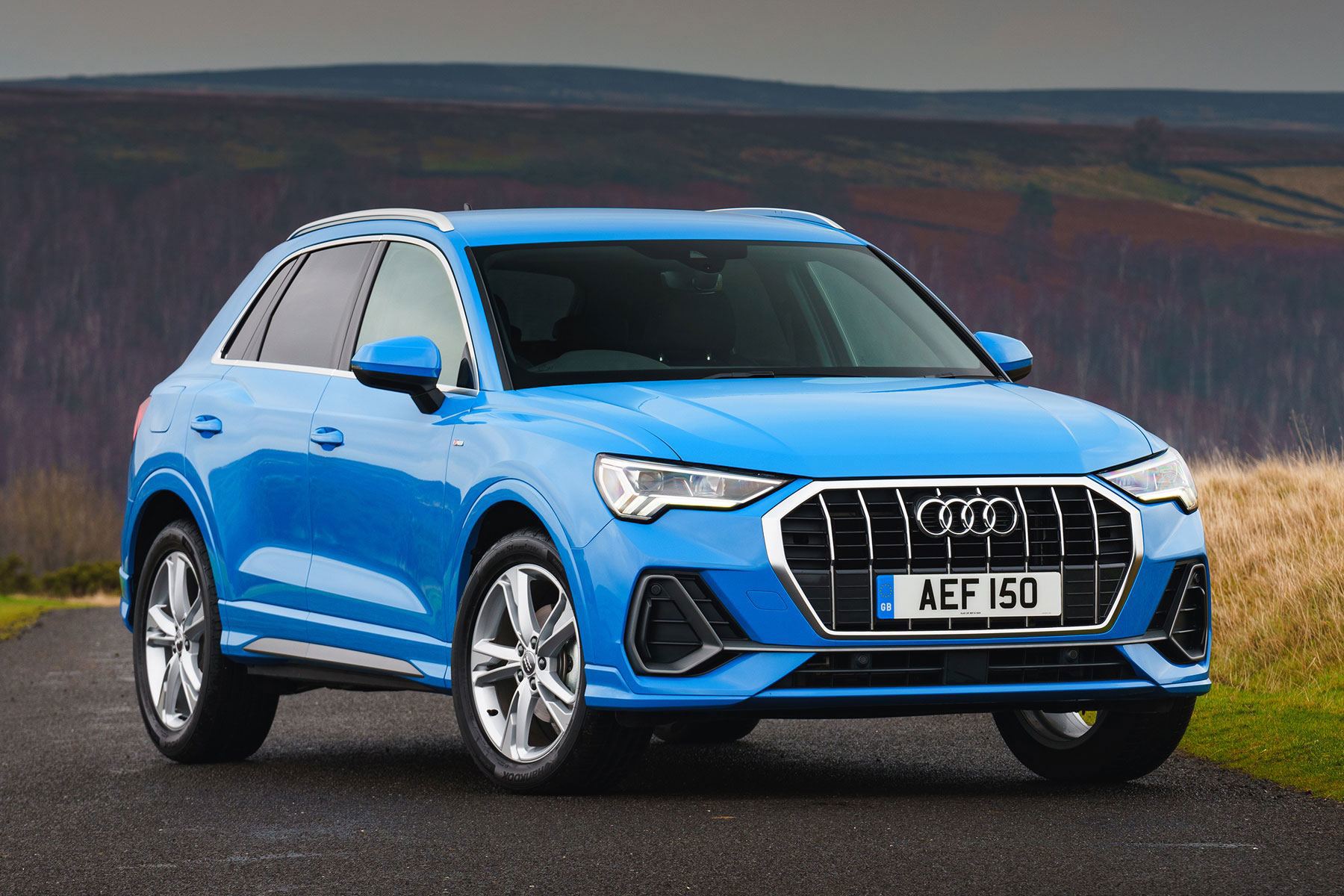 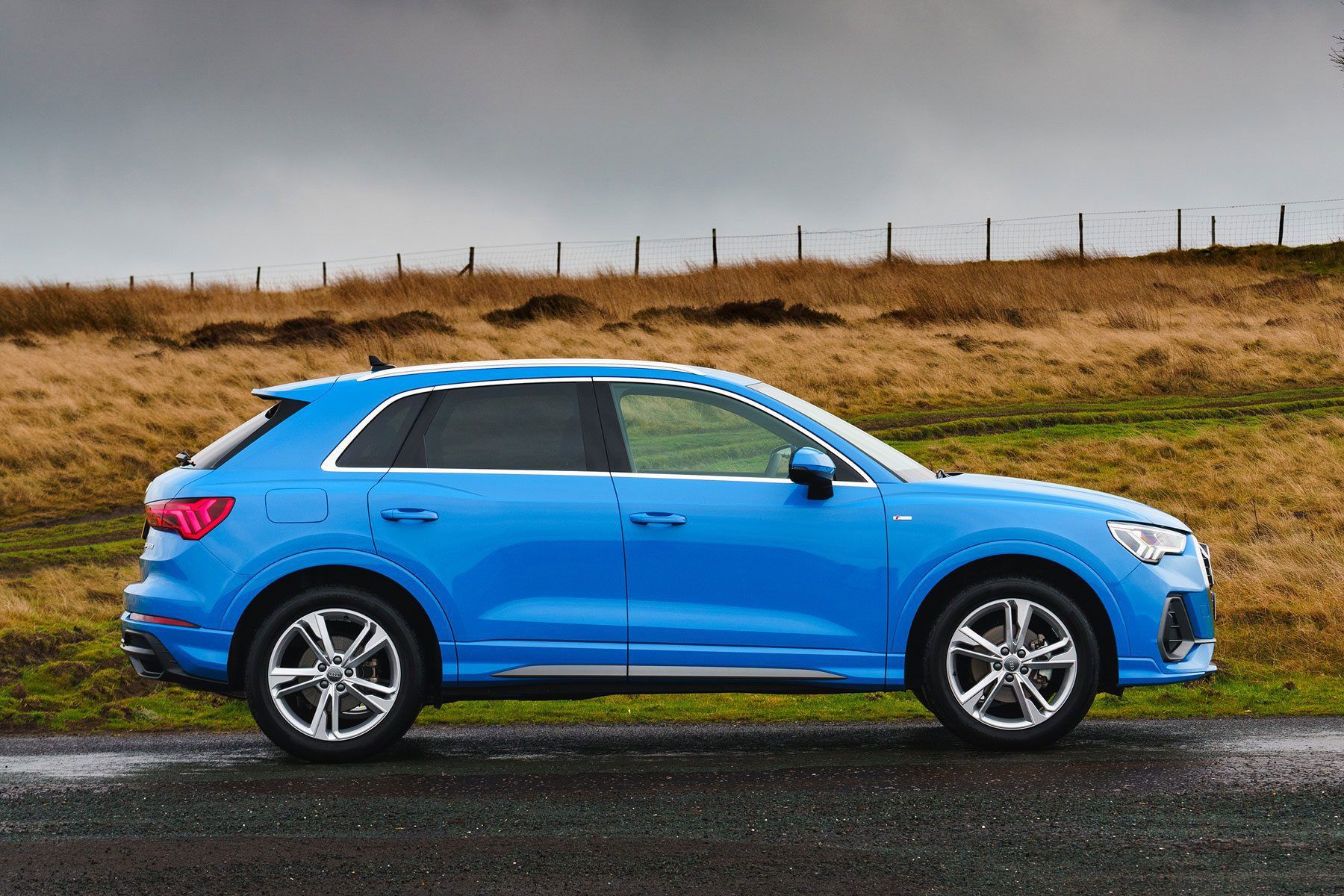 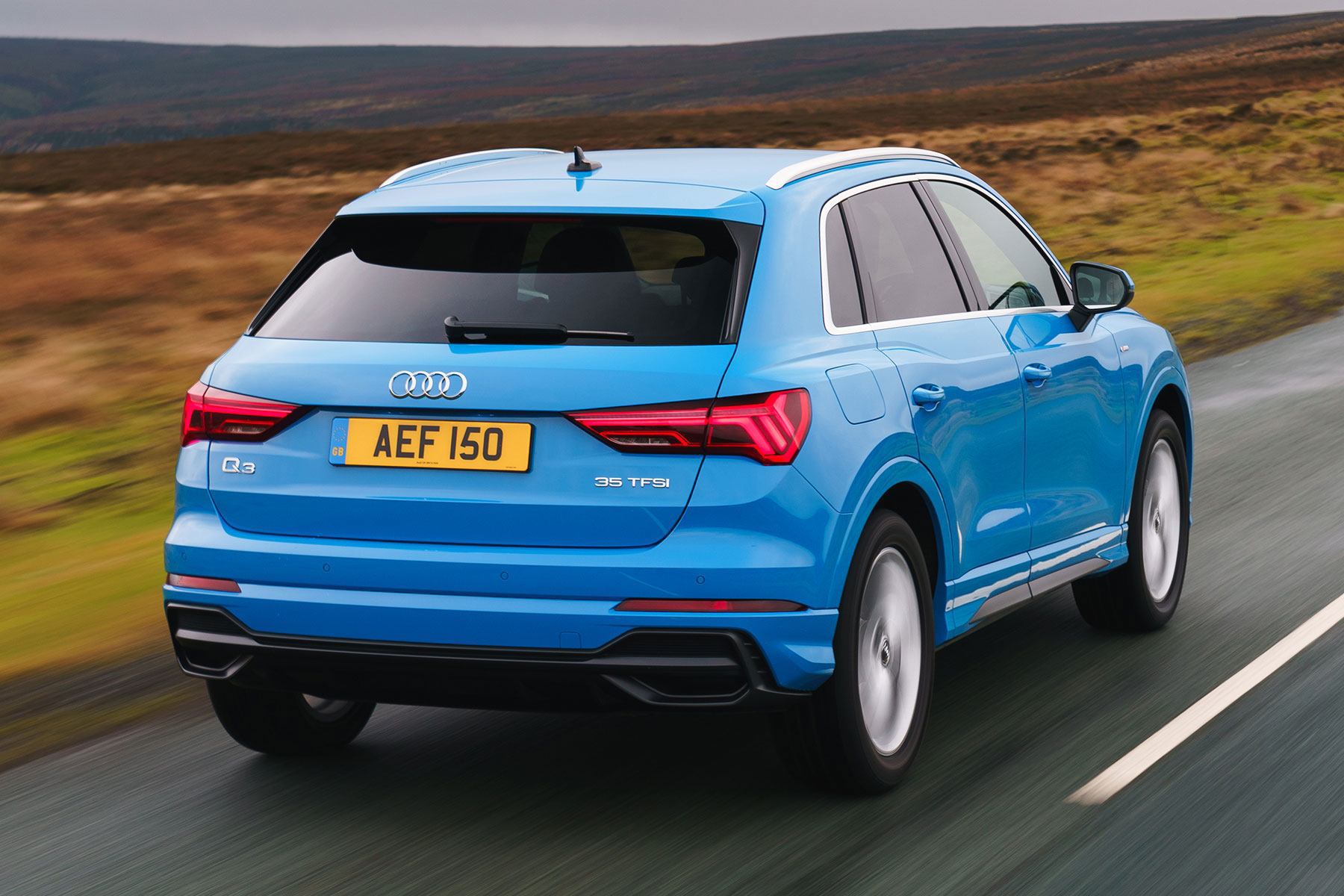 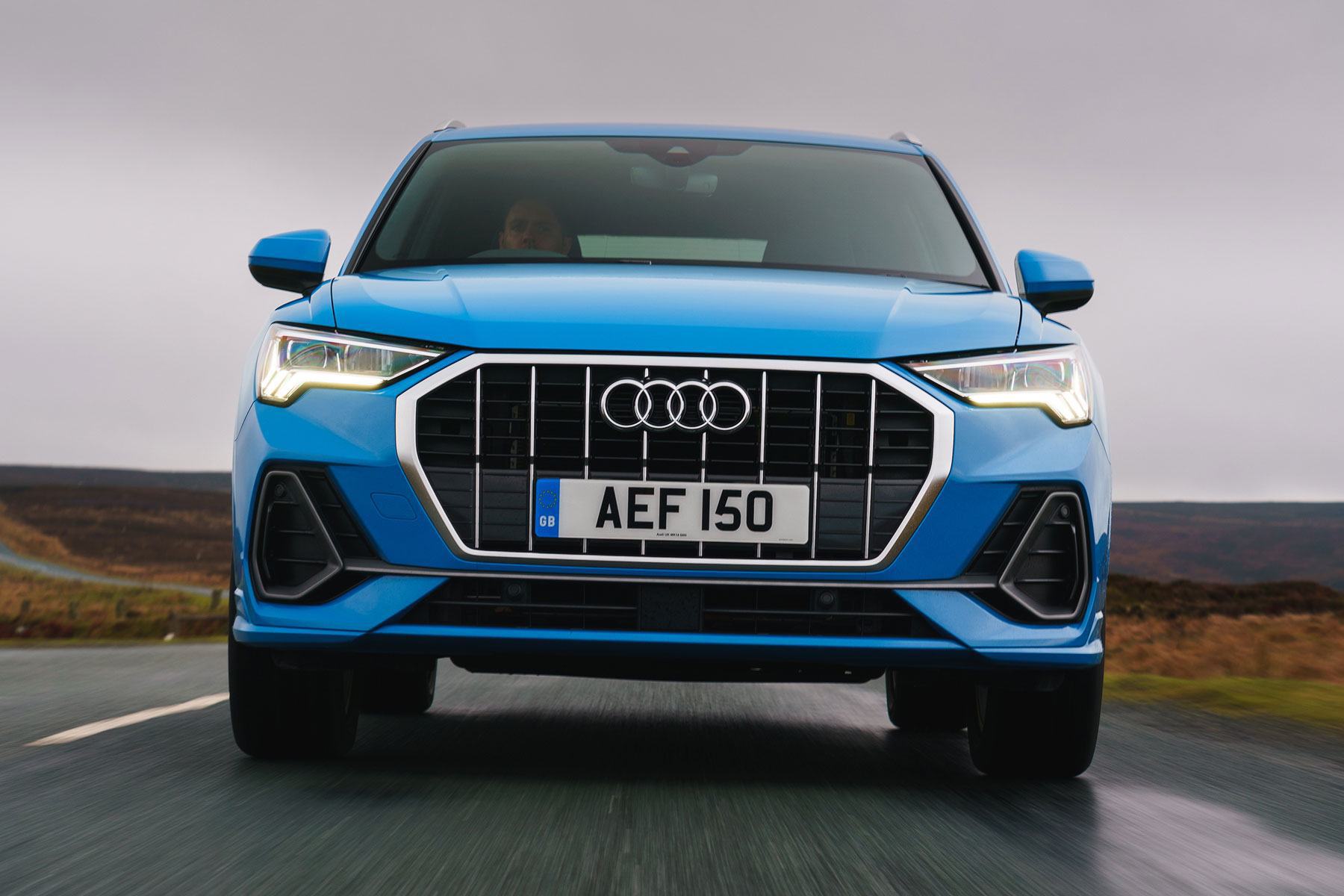 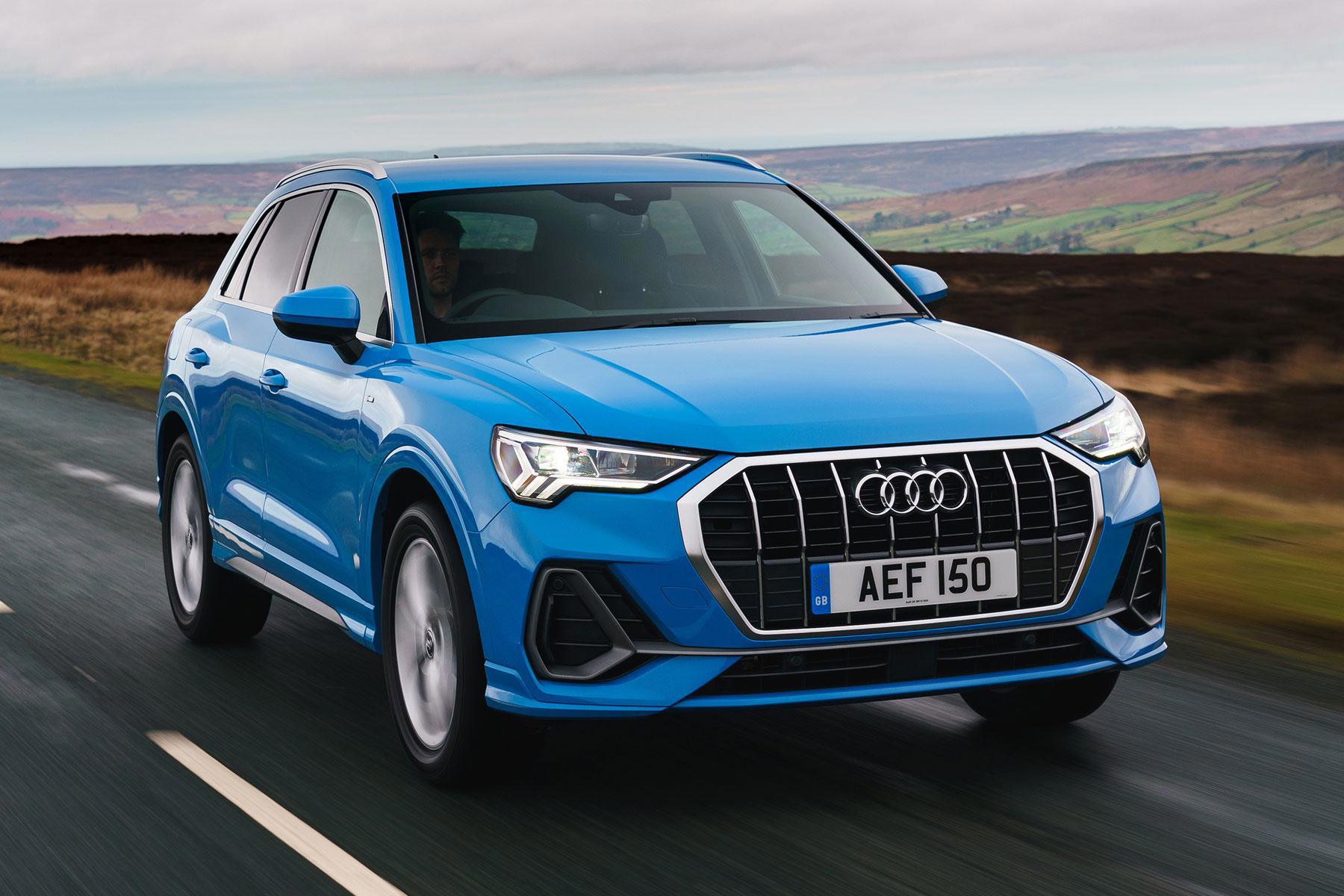 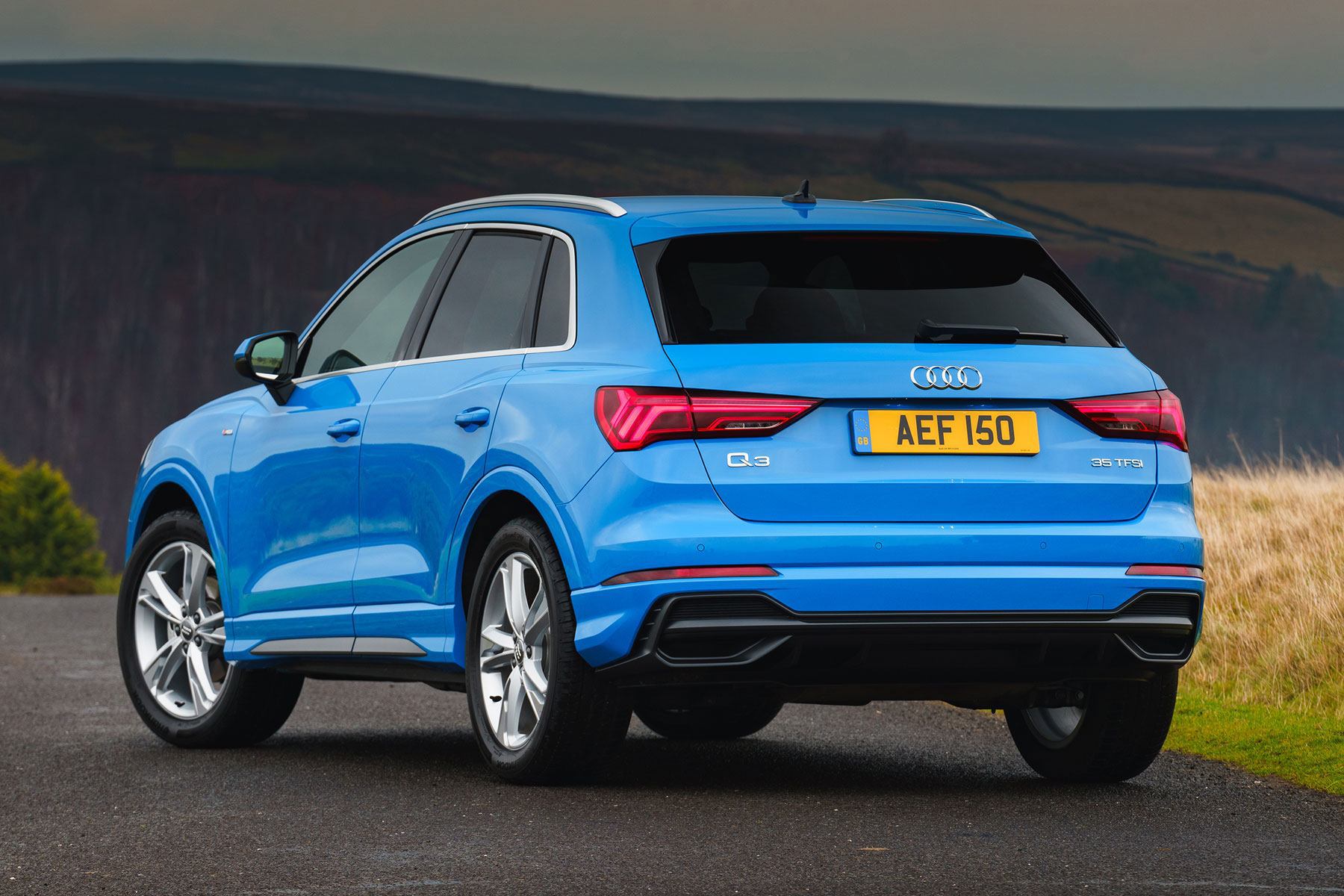 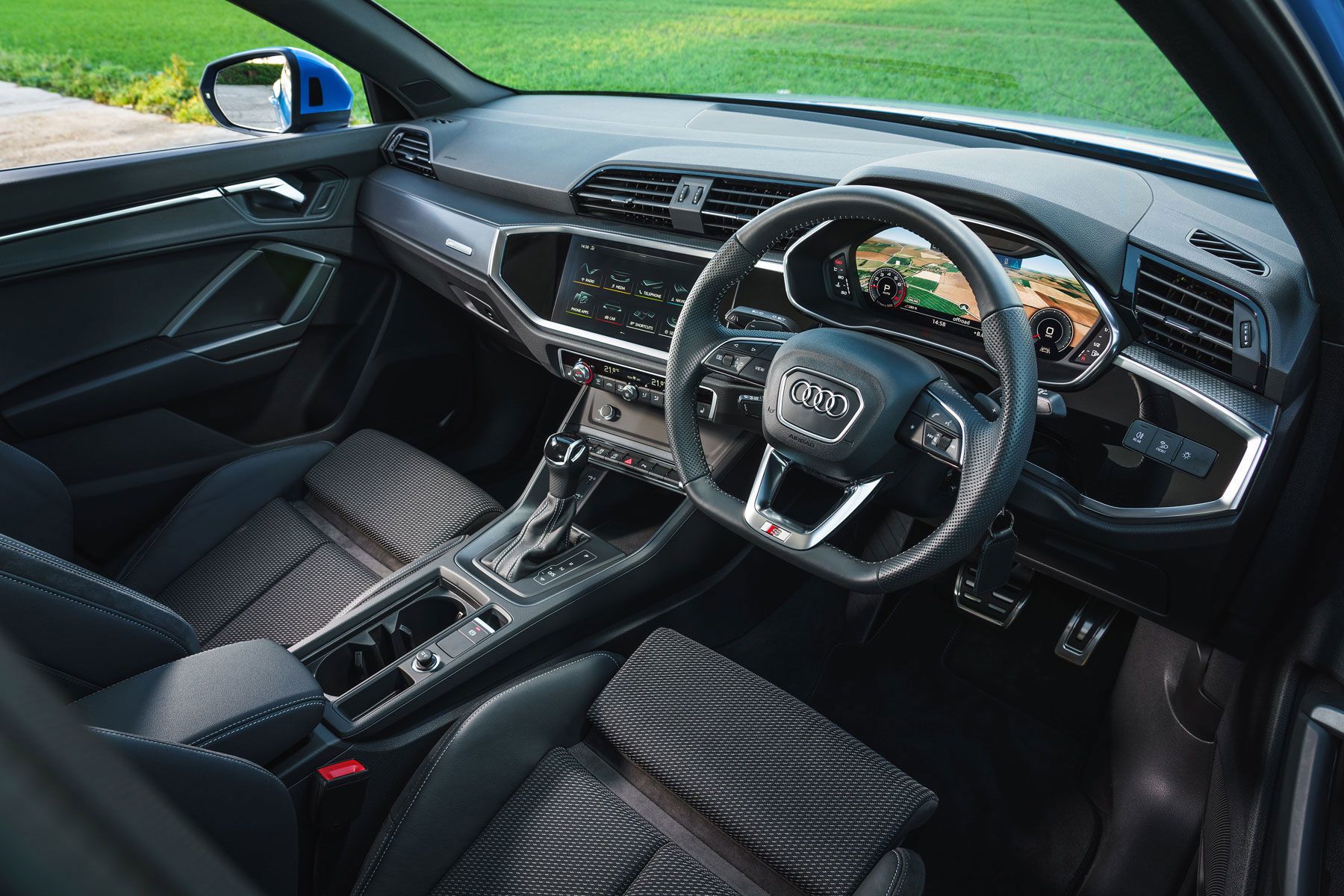 The word ‘premium’ suggests an element of exclusivity, but this end of the small SUV sector is crammed with talented contenders for your attention and custom. One of the key players is the Audi Q3, which arrived in second-generation form in 2018 followed by the Sportback coupe-like version a year later. What helps to set the Audi apart from the mainstream and many of its premium-badged rivals is the quality of its interior fit and finish, and that counts for a lot when you’re sat in the car.

The Q3’s cabin is not as cutting edge or chic as a Volvo XC40’s, or even a Hyundai Tuscon, but it more than makes up for this in its attractive, clear style. This makes the Audi easy to use and understand as you don’t need an astrophysics doctorate to fathom the controls or infotainment system. You’ll also find some very practical touches inside the Audi, such as the sliding rear bench that means you can vary rear passenger and boot space to suit your needs. With the seat in its rearmost position, there’s a generous amount of room for those in the back while still offering sufficient cargo carrying capacity.

On the road, the Q3 remains among the better cars in this class in the way it drives. It’s not as deft as a BMW X2 or Ford Kuga, but the Audi is still more than nimble enough to deal with city streets and country lanes with equal aplomb. The ride comfort in most versions is good, but if you opt for the S Line trim you might find the right on the firm side of acceptable due to its larger wheels and stiffer set-up.

As for engines, the Q3 is offered with a choice of two turbo petrol engines, a 1.4-litre and a 2.0-litre unit for the top of the line models. There’s also a 2.0-litre turbodiesel in two power outputs, while buyers can also choose the plug-in hybrid Q3 TFSI e with 2.0-litre turbo petrol power and electric motor that can travel up to 30 miles on EV power alone.

A quick glance at the interior of the Q3 shows it has a lot in common with Audi’s other small and medium models, and that’s a very good thing. There’s easy access through the front door to the driver’s seat and that chair has height adjustment as standard. The Sport and S line trims do without adjustable lumbar support for the seat, which can impact on long distance driving comfort, but the steering wheel has plenty of scope for height and reach movement to help fine tune the seating position. You also get a good line of sight to the front and sides of the Q3, but you will need to the rear parking sensors that are standard across the range when reversing due to the high boot window line and thick rear pillars.

The back seats of the Q3 are some of the most spacious in this class of car and bely the reasonably small outside dimensions of the Audi. With a rear bench that slides back and forth, you can move it forward when there are small kids in there to maximise boot space, or push it back to free up more room for adults. Good head and elbow room also mean adults won’t grumble during lengthier trips. As for luggage, the Q3 can swallow 410-litres of cargo with the rear seats in use. If you tip the 40-20-40 split seat back and tumble it down flat, there’s a maximum of 1525-litres of load bay on offer.

Coming back to the front of the cabin, the main dash on all Q3s uses a 10.25-inch Virtual Cockpit display in place of analogue instruments. It allows the driver to configure the dash to suit their preferences, and if you go for the higher trim levels the screen is enlarged to 12.3-inches for an even better view and the option to see the sat-nav display. It’s good to see Audi sticking with separate buttons for the heating and ventilation controls as they make it simple to adjust the cabin temperature as you drive.

Infotainment is taken care of by the 10.1-inch touchscreen in the upper centre of the dash. It’s more integrated into the design than many, which can look like they are just plonked into the car, so it looks good. The Audi’s infotainment is easy to reach as a result of this positioning, but it can be a little slow to react to the driver’s finger inputs and that is distracting as you drive. However, the on-screen icons are big and easy to distinguish, and there’s Apple CarPlay and Android Auto fitted to all models in the Q3 range.

As a premium-badged small family SUV, the Audi Q3 is up against some of the most able cars in the sector, including the Range Rover Evoque, BMW X2, and the Ford Kuga. While the Audi is not in the same league as the BMW or Ford for its agility or sporting fun, it’s still a very good bet for those seeking a comfortable, capable all-rounder. On rougher roads, the trim versions with smaller wheels and standard suspension are the best able to cope with lumps, bumps and ripples. Should you opt for the S line with its sport suspension set-up or upgrade to larger alloy wheels, you will have to live with a background pitter-patter over anything but the smoothest stretched of road. It’s not that the Q3 is uncomfortable or overly firm in this configuration, it’s just not as smooth as others in the line-up.

When it comes to corners, the Q3 continues its path of being good but not outstanding for the class. It has plenty of grip and remains stable, with no excessive body lean or any lurching as you turn into the bend. The steering is accurate and doesn’t demand much muscle to turn the wheel, but there’s not the same feedback as you get in a Ford Kuga, so a more laidback approach similar to that required in the Volvo XC40 suits the Audi Q3. In town, the Audi is as easy to park as any of its rivals and you can order a parking assist function as an option. Vision over the driver’s shoulder is hindered by the thick rear window pillars, but parking sensors are fitted to all Q3s as standard to compensate for this. At higher speeds, only those Q3s riding on larger wheels let some road noise infiltrate the cabin, while wind and engine sounds are kept at bay.

The engine range starts with a turbo petrol 1.4-litre unit that is offered with 150hp, which Audi refers to as the 35 TFSI unit. It comes as with a six-speed manual gearbox as standard or you can opt for the seven-speed S tronic dual-clutch auto. The S tronic takes the chore out of town driving, but it can be a little sudden in the way it changes from one gear to the next, and it can also be slow to drop down a gear or two when you need to accelerate briskly such as when joining a motorway from the slip road. The other petrol engine in the range is a 2.0-litre turbo used in the 40 and 45 models that comes with 190- and 245hp, respectively. Both of these models use the S tronic transmission as their only gearbox and they also come with quattro four-wheel drive as standard.

Audi uses the same 2.0-litre turbodiesel engine for the 35 and 40 TDI models, but with 150hp for the 35 and 200hp for the 40. Again, both use an S tronic automatic gearbox as standard, and the more powerful of the two diesel has quattro all-wheel drive included. The alternative to diesel power is the Q3 with TFSI e plug-in hybrid power, which uses a 1.4-litre turbo petrol engine combined with an electric motor to give a combined 245hp. That’s the same power output at the 2.0-litre 45 TFSI petrol model, so the hybrid is also given the 45 model name. It can run on battery power alone for up to 30 miles and emits as little as 36g/km of carbon dioxide.

There are four trims on offer with the Audi Q3, starting with the Technik that cost from £30,680 with the six-speed manual gearbox. If you want the S tronic auto, that’s an extra £1580. Next is the Sport that begins at £32,330, while an S line model will cost you a minimum of £34,130. Top of the line is the Black Edition, which has a starting price of £35,480. Discounts of around £1000 can be found for new Q3s, while choosing a nearly new model can save you double that amount. Go for a three-year old Q3 35 TFSI S tronic in Sport trim with average miles and you can reckon on spending from £26,000.

The Audi Q3 is a blend of subtle charms that add up to a strong contender at the premium end of the small family SUV sector. It has a superbly well put together cabin with lots of space for those in the front and back, as well as good luggage space and versatility. It also comes with a good-looking and easy to read digital dash with the Virtual Cockpit that’s standard across the range.

However, the infotainment screen is not as quick to react as some in the class, and the Q3’s cabin is a little staid in looks next to some rivals such as the Range Rover Evoque or Hyundai Tuscon. Nor is the Audi as crisp to drive as the BMW X2 or Ford Kuga, and versions with larger wheels and sports suspension have a ride comfort that can border on the overly stiff.

BMW has distilled all of its trademark virtues into the X2, so you’ll find this small SUV handles way better than most of its rivals. It makes the X2 genuinely fun to drive, and it comes with a range of perky engines to make the most of its excellent dynamics. The downside of this is the ride is very much on the firm side of fair, so be sure you can live with this on a day to day basis. Inside, the X2’s cabin is handsome and has an excellent infotainment set-up, but you will find the rear seats are more cramped than in the Audi Q3.

Anyone who thinks the Hyundai Tuscon is not a contender for the Audi Q3, or any other small SUV with a premium badge, needs to take another look at this car. Its distinctive looks are enough on their own to make you consider the Korean rather than the German, and that style continues inside to the Tuscon’s spacious, practical interior. Build quality in the Hyundai is equal to anything else in this sector, but it’s a shame the Tuscon’s ride quality has been judged against the firmer set models in this sector rather than those that place comfort over sporting intent. 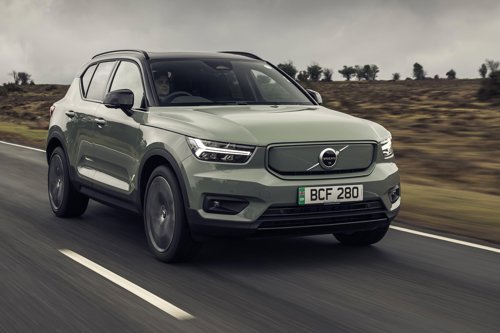 Volvo has always gone its own way when designing cars and the XC40 is a prime example of this works in the Swede’s favour. For looks, the XC is one of the most stand-out cars in this sector, and this theme carries through to the chic, almost minimalist interior. There are just enough touches of style in here to raise it above the herd, yet it’s also practical and comfortable, if not the most spacious. There are petrol or hybrid power options, though confusingly the hybrid is called the same name as the pure EV model, which is also an expensive choice.