Easy to like and easy to live with, the Skoda Kodiaq is a superb family car. 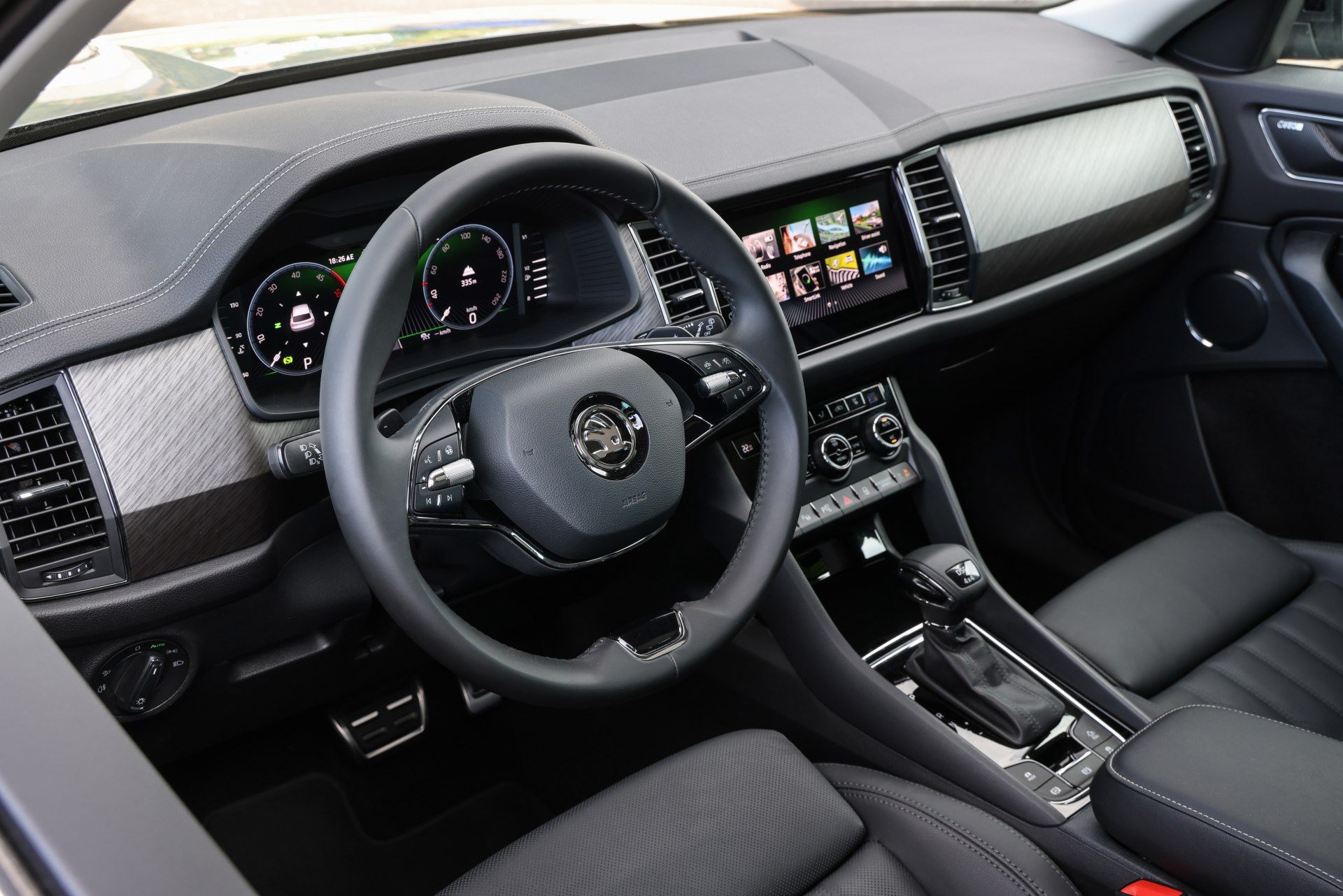 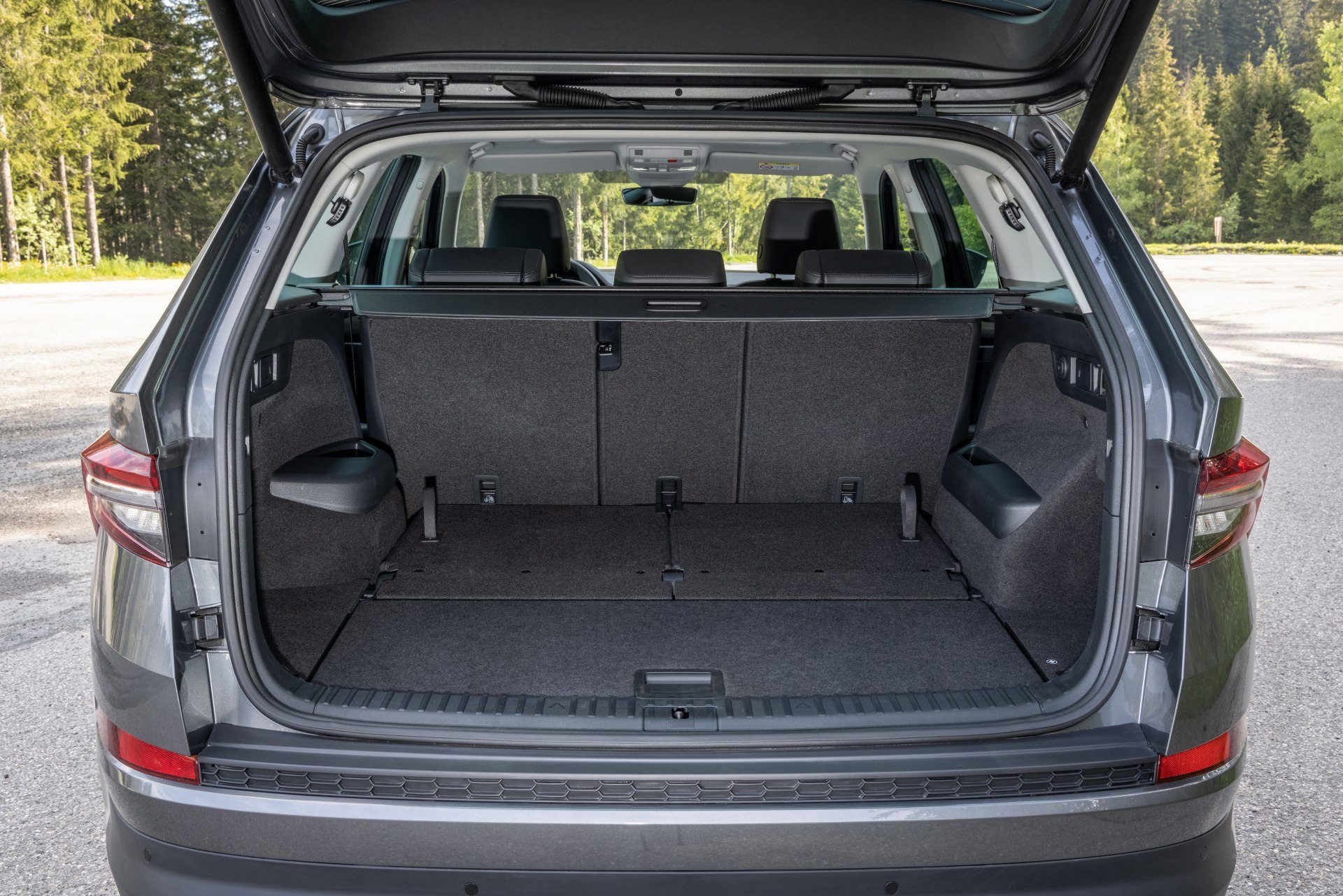 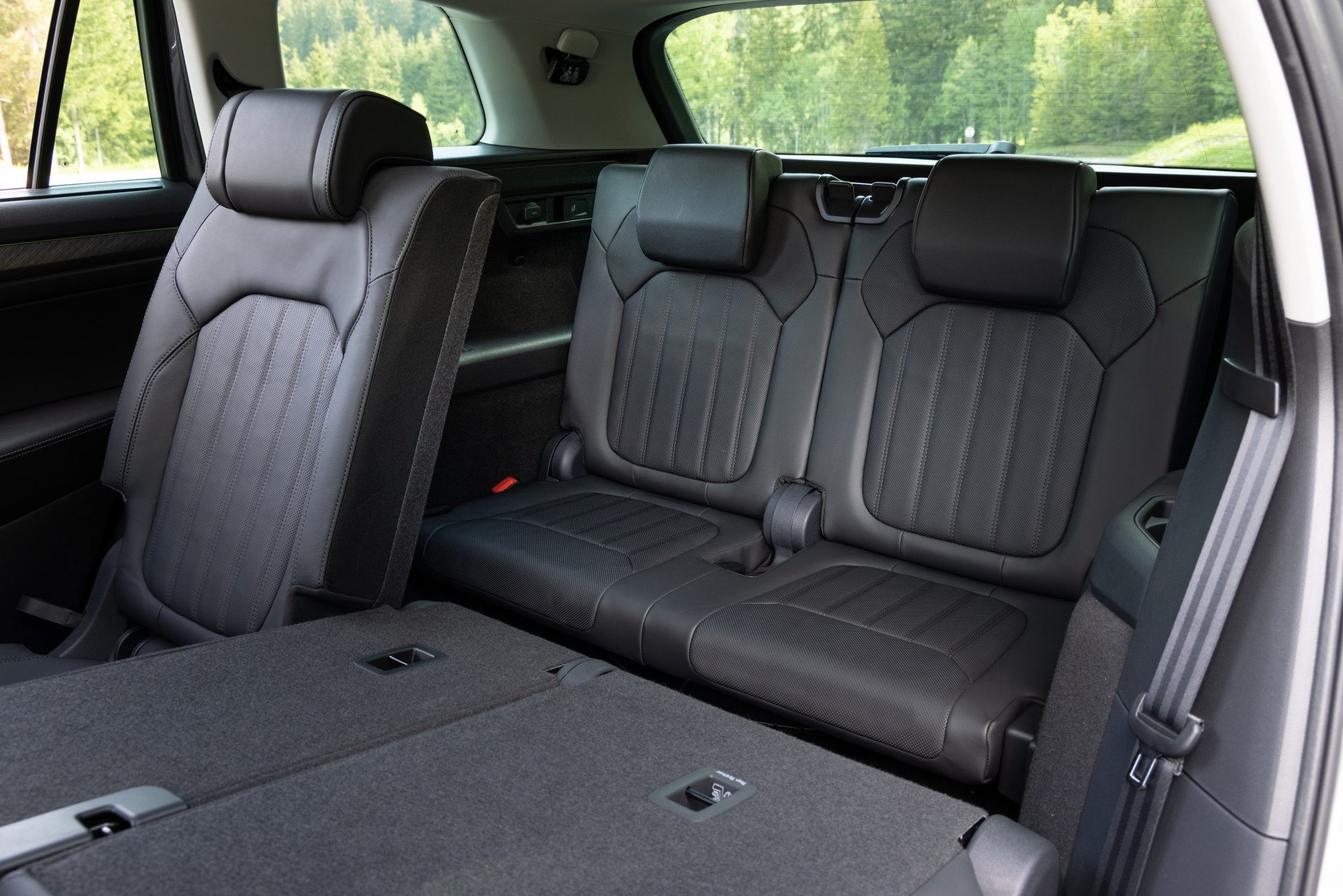 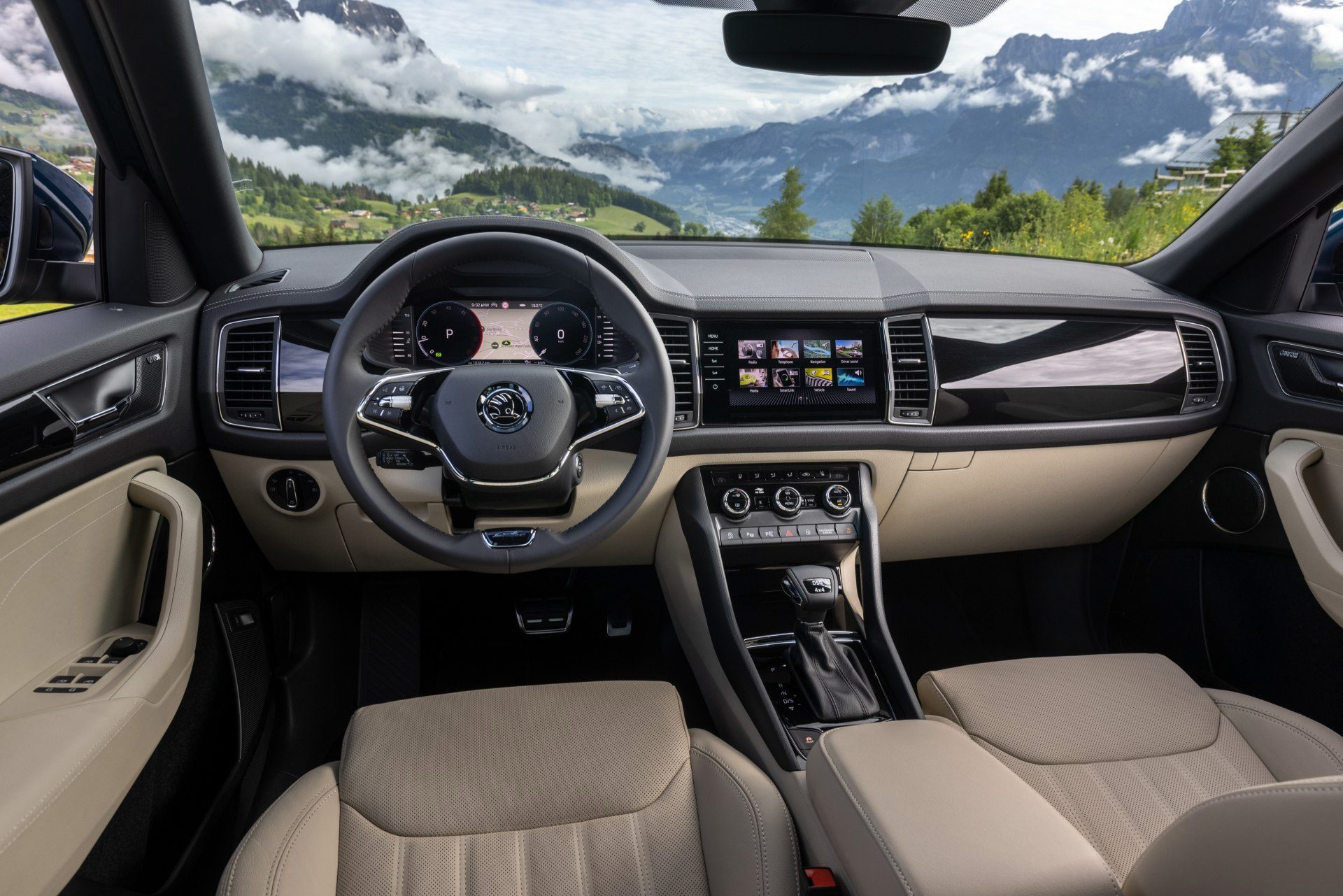 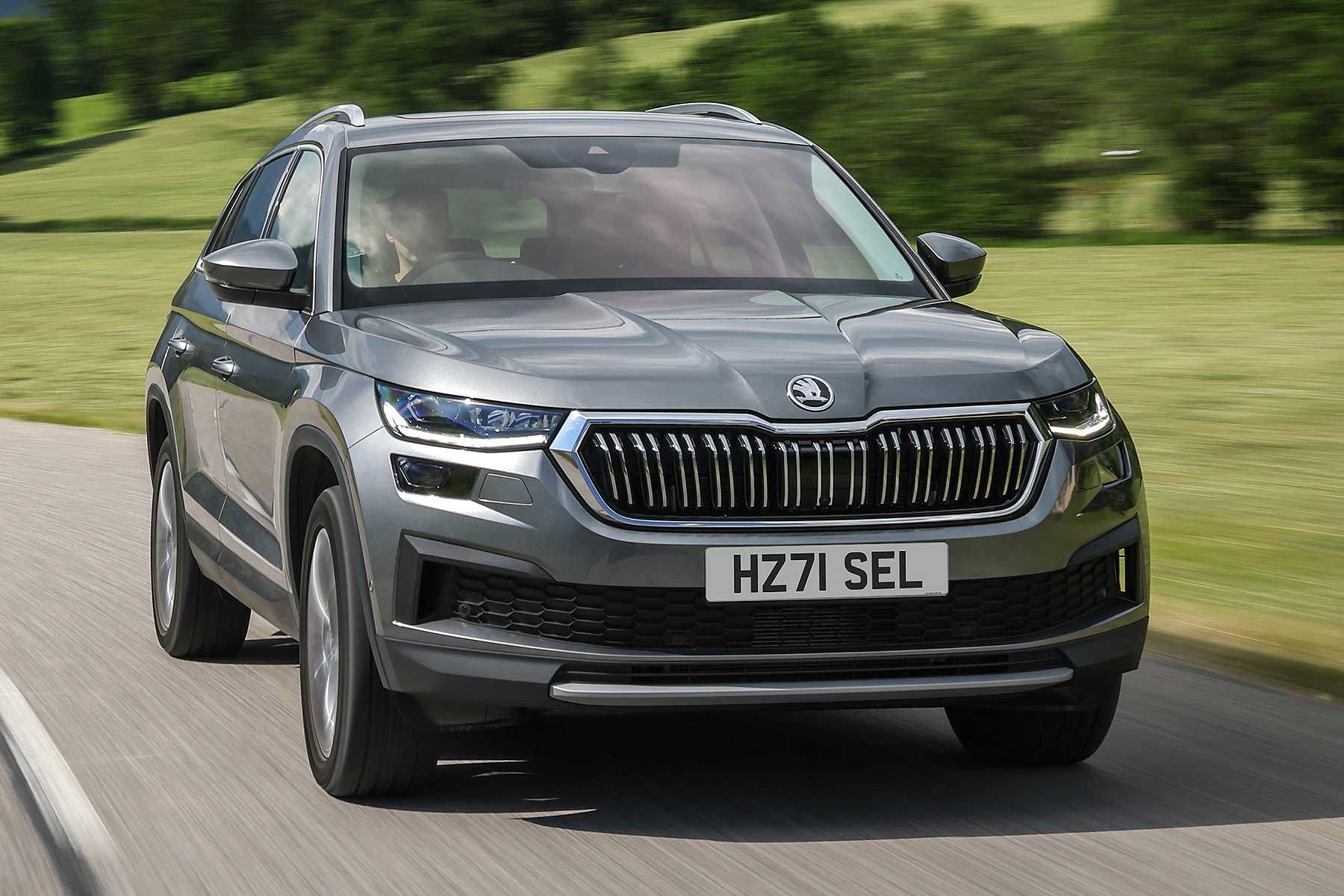 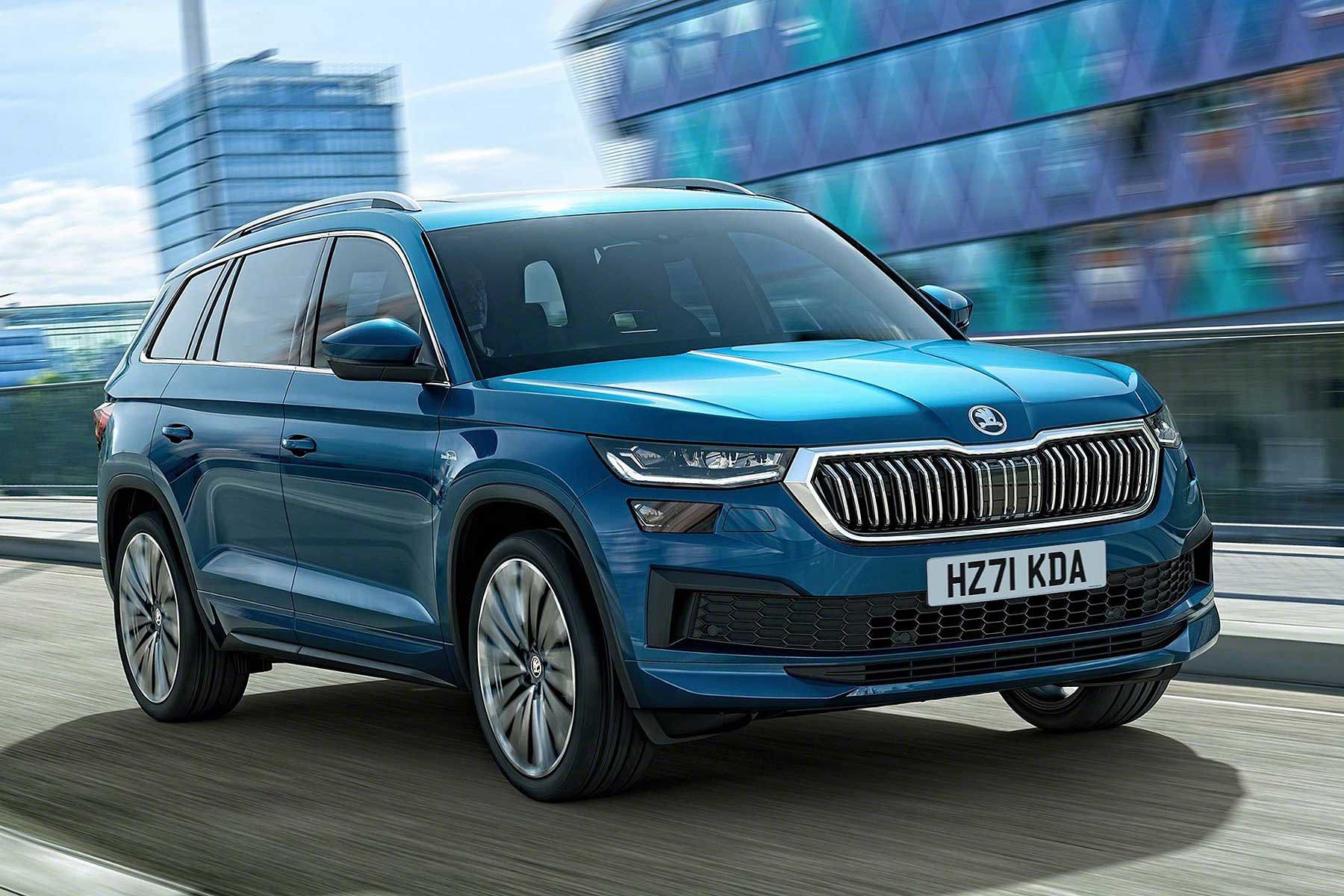 Think of a task you can demand of a family car and the Skoda Kodiaq will be able to meet it. Need to carry seven people, the Kodiaq has it covered. Want something with lots of equipment and is good value, Skoda is on the case. All of this and the Kodiaq is also well made and good to drive.

In many ways, the Kodiaq is the car that Skoda had been building up to since its mid-1990s rebirth under the ownership of Volkswagen. It has progressively become one of the most trusted makers of great family cars and the Yeti showed it could also make interesting vehicles that still worked as everyday machines. When the Kodiaq arrived to displace the Yeti, which was really replaced by both the Kodiaq and Karoq as larger and smaller offerings respectively, Skoda put itself firmly at the top of this segment and in direct competition with the likes of the Volkswagen Tiguan, Hyundai Santa Fe, and Peugeot 5008.

With its simple styling, the Kodiaq provides a generous cabin for five people and all but the base model have seven seats. The third row pews are best kept for kids rather than granny, but they are still useful to have. Fold them down and there’s a big boot. Skoda also fits a lot of kit into the Kodiaq, but only the top spec models have all the techy gadgets as standard, so be prepared to look at the options list to create your ideal car. There’s also the vRS performance model, even if it is very expensive.

More of a concern for some will be no hybrid or EV model in the Kodiaq line-up. However, Skoda has its Enyaq EV to answer that question, while the Kodiaq can be ordered with front- or four-wheel drive depending on your engine selection. There are also some very good diesels still on offer to satisfy company drivers.

Practicality is the main reason most people will choose a Skoda Kodiaq and it doesn’t disappoint on this front. The base SE model is only offered as a five-seater, but you can add the third row chairs as an option and plenty of buyers do just this. With these seats raised and occupied, there’s still a small amount of luggage space behind them of 270-litres, which is enough for a week’s shopping.

Fold the third row of seats flat into the floor and you free up a significant 765-litres of carrying capacity, which is more than enough to cart five people’s holiday luggage to far-flung destinations. With the SE L Executive and above, the tailgate is electrically operated, making life even easier to life heavy bags into the boot through the large opening and on to the boot floor that sits flush with the load sill. Tip the 40-20-40 divided middle row chairs away and you have a vast 2005-litre cargo bay that’s just about big enough to have an echo.

All of this versatility and seating variety does not come at the expense of space for humans. While the third row seats are definitely design for kids due to the amount of space they provide for legs and the flexibility needed to get into them, the middle bench is more than up to accommodating three adults. It also comes with Isofix child seat mounts on the outer two chairs, and there’s a good view out from these seats so that kids won’t feel queasy or get bored on longer drives.

Moving up to the front of the Kodiaq, the driver is also very well catered for when it comes to room for limbs and skull. The driving position is set higher than in many of the Skoda’s rivals, so you certainly enjoy that raised SUV view and all-round vision is very good thanks to the Kodiaq’s fairly square-set shape. The steering wheel can be adjusted for depth and angle, and all but the base SE have lumbar adjustment.

Higher spec Kodiaqs come with a digital dash display that can be configured by the driver, and it’s an option for lower trims. The normal dials are just as easy to read and all of the Kodiaq’s main controls work with Skoda’s usual well-weighted and fluid movement. Separate controls for the ventilation are a boon and you also have plenty of storage around the front cabin.

The infotainment in the base model uses an 8-inch touchscreen, while the rest have a 9.2-inch display that is simple to use and connects via Apple CarPlay or Android Auto. The top spec Laurent & Klement and VRS models also have the 10.25-inch Virtual Cockpit dash to replace the normal speedo and rev dials.

2016 Skoda Kodiaq engines: how does it drive?

Comfort is paramount in any family car and the Skoda Kodiaq has this as a central pillar of the way it drives. The ride is very good, even on models with the larger wheel sizes. Choose the vRS and it is sportily firm but not crashy, which shows the underlying rightness of the Kodiaq’s set-up. Over potholes and crests in the road, the Skoda remains composed and compliant, while wind, road and engine noise are all kept at a distance for long distance comfort and to keep fatigue at bay.

The Kodiaq is one of the larger cars in its class, which means parking needs a degree of caution in tighter spaces. However, all models come with all-round parking sensors and some also have a reversing camera to make life even simpler. The power steering has the right amount of assistance at low speeds so that parallel parking or driving in slow traffic is no hassle, yet it also weights up at higher speeds so the car doesn’t feel nervous or wallowy on the motorway. The Kodiaq is also a good handling car and copes admirably in bends with little body lean. It’s not as agile as a Ford Kuga, but if you want that degree of nimbleness you can choose the vRS version of the Skoda.

When it comes to power for the Skoda Kodiaq, buyers have a straight choice between turbocharged petrol or diesel engines. The entry-point to the range is the 1.5 TSI petrol motor that has 150hp and active cylinder technology to stop sending fuel to a couple of the cylinders under light driving conditions to save fuel. This engine is available with a six-speed manual gearbox, though only if you opt for the seven-seat mode. Pick the five-seater and you are given the seven-speed dual-clutch automatic gearbox as standard, and this transmission is an option for the seven-seat model.

Skoda offers a 190hp 2.0 TSI petrol engine for the Kodiaq in the three highest trim levels of the car. It’s only offered with the auto’ box and also comes with four-wheel drive as standard. Should you be drawn to the exciting vRS performance model, it uses a 245hp version of the 2.0 TSI along with all-wheel drive to crack 0-62mph in 6.6 seconds rather than 7.9 seconds for the 190hp petrol models.

On the diesel side of the equation, Skoda uses the tried and trusted 2.0-litre turbodiesel seen in many Volkswagen Group cars. It’s fitted in 150hp form in the two lower trim levels with seven-speed auto and with or without four-wheel drive. Opt for the 200hp version of the 2.0 TDI motor in the upper three trims and four-wheel drive is standard. All of the diesel engines in the Kodiaq use AdBlue to reduce harmful emissions and have a 20-litre tank that needs routinely refilled.

Value for money: how much does a 2016 Skoda Kodiaq cost to buy and run?

Anyone choosing the SE Drive version of the Kodiaq will find it has most of the equipment they could really want. It comes with 18-inch alloy wheels, front and rear parking sensors, parking camera, cruise control, climate control, 8-inch infotainment touchscreen, and fabric upholstery. Many will opt for the seven-seat model and you could also add adaptive cruise control. Move to the SE L Executive and seven seats are standard, along with 19-inch alloys, heated door mirrors, leather trim with heated and electrically adjusted front seats, Drive Mode selector, and a powered tailgate.

The Sportline swaps exterior chrome for gloss black trim and there are 20-inch alloy wheels. Inside, it has microsuede seat trim, and a sports steering wheel. Alternatively, the L&K model has leather upholstery with ventilated front seats, the Virtual Cockpit dash display, and uprated Canton stereo system. Fast car fans will like the vRS model’s athletic body kit, microsuede seats, and it too has the Virtual Cockpit dash.

The Skoda Kodiaq comes as close as any car to offering all drivers everything they need. It has a very well screwed together cabin that has loads of room for the driver and that all-important raised SUV driving position. It’s comfortable and there’s plenty of space for the family in the middle and third rows, assuming you don’t bother with the base five-seater model.

All of the engines are good performers, though some may find the economy and emissions pay-off too much with the vRS. You have the option of four-wheel drive with some engines, too, so the Kodiaq can easily cope with all-weather use. All of the trim levels are generously fitted out and include all of the essentials and plenty luxury kit for the money. You’ll also find the Kodiaq drives smoothly.

What could I buy instead of a 2016 Skoda Kodiaq? 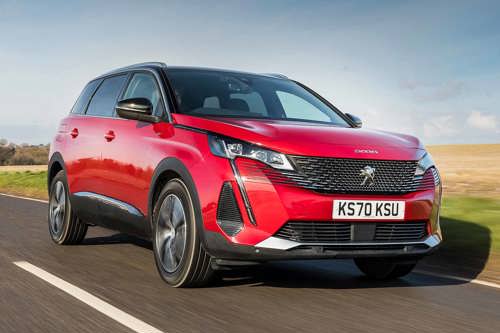 A handsome and stylish choice in the family SUV sector, the Peugeot 5008 cements its place among the class leaders by offering seven seats as standard on all models. It’s fitted out with lots of equipment, too, for the money in most models, but some key bits of kit are reserved for the top spec cars only. As well as its versatile cabin, the 5008 is good to drive and has a decent range of engines. However, the interior materials are not as solid as a Kodiaq’s and the infotainment is fiddly to use. 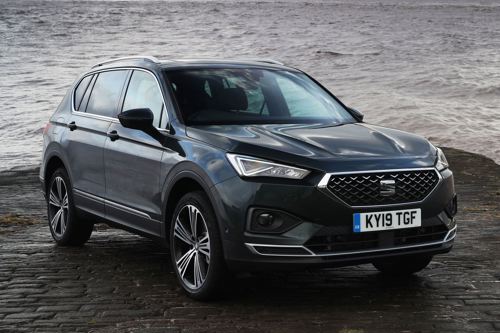 The SEAT Tarraco uses the same basic components as the Skoda Kodiaq, both borrowed from the Volkswagen parts shelves. However, SEAT mixes them together differently to come up with its take on the seven-seat family SUV theme. In the Tarraco, there are fewer trim options and a bit more of a focus on the handling rather than the ride. Even so, the SEAT is comfy and it’s also efficient thanks to an engine line-up that includes a plug-in hybrid model. Where the Tarraco misses out most to the Skoda and many others is its bland exterior appearance. 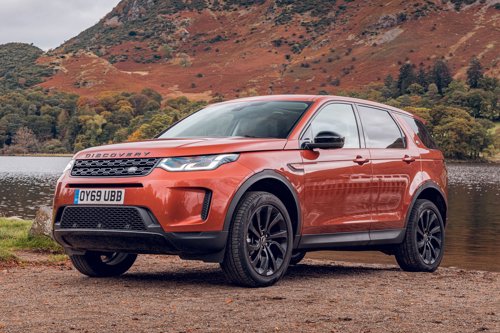 SUV badges don’t come with more gravitas than Land Rover, and the Discovery name is a legend within off-road circles. The Discovery Sport, however, is a much more family-oriented car that places on-road comfort and refinement above the ability to traverse muddy terrain. This means the Sport has nimble handling and petrol or diesel engines with a strong turn of pace, though the ride errs too much on the firm side on most types of road surface. The seven-seat cabin is roomy, but misses the style of the Skoda Kodiaq. However, it’s well equipped, as it should be for the prices being asked.