Simply put, one of the best cars you can buy whatever your needs. 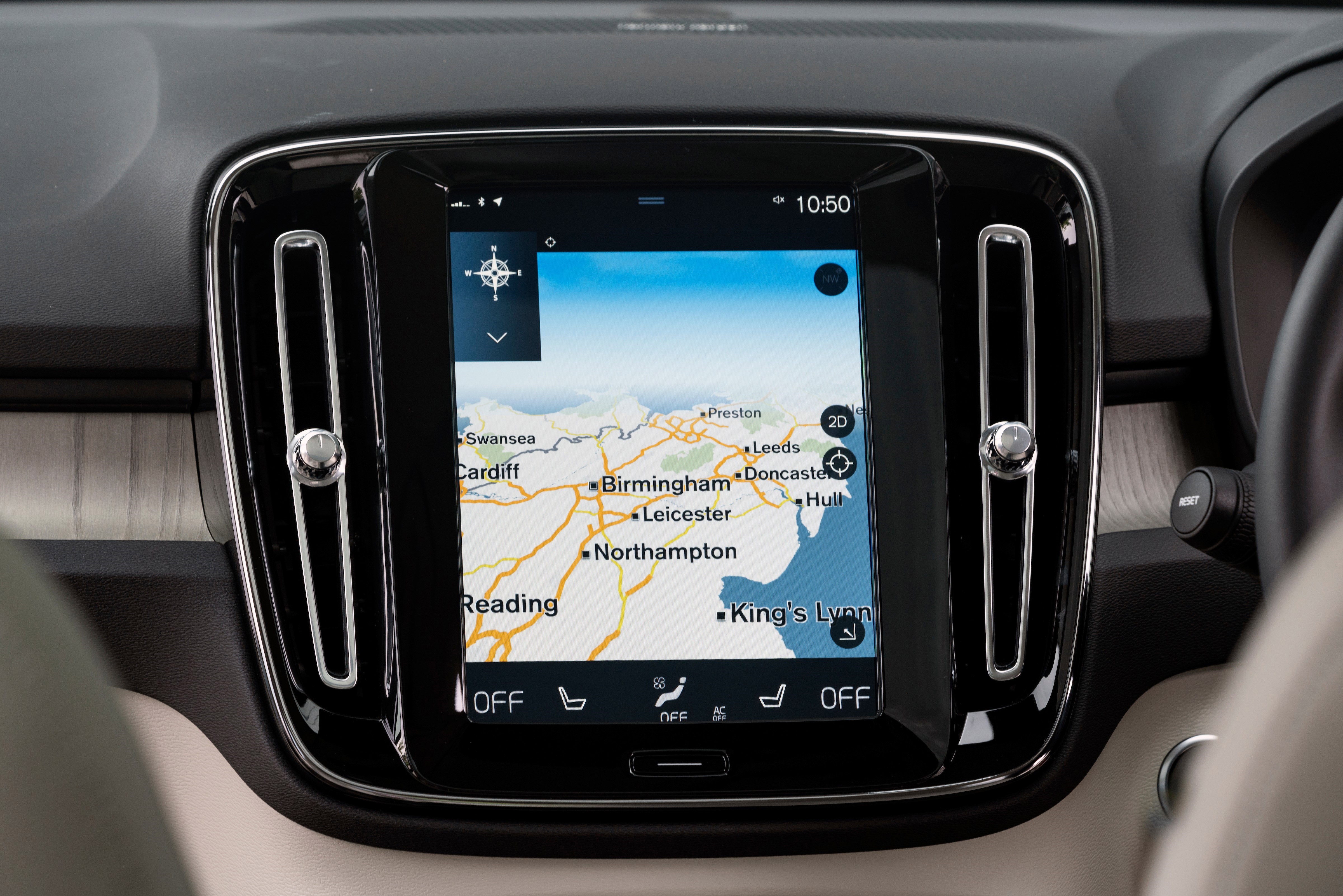 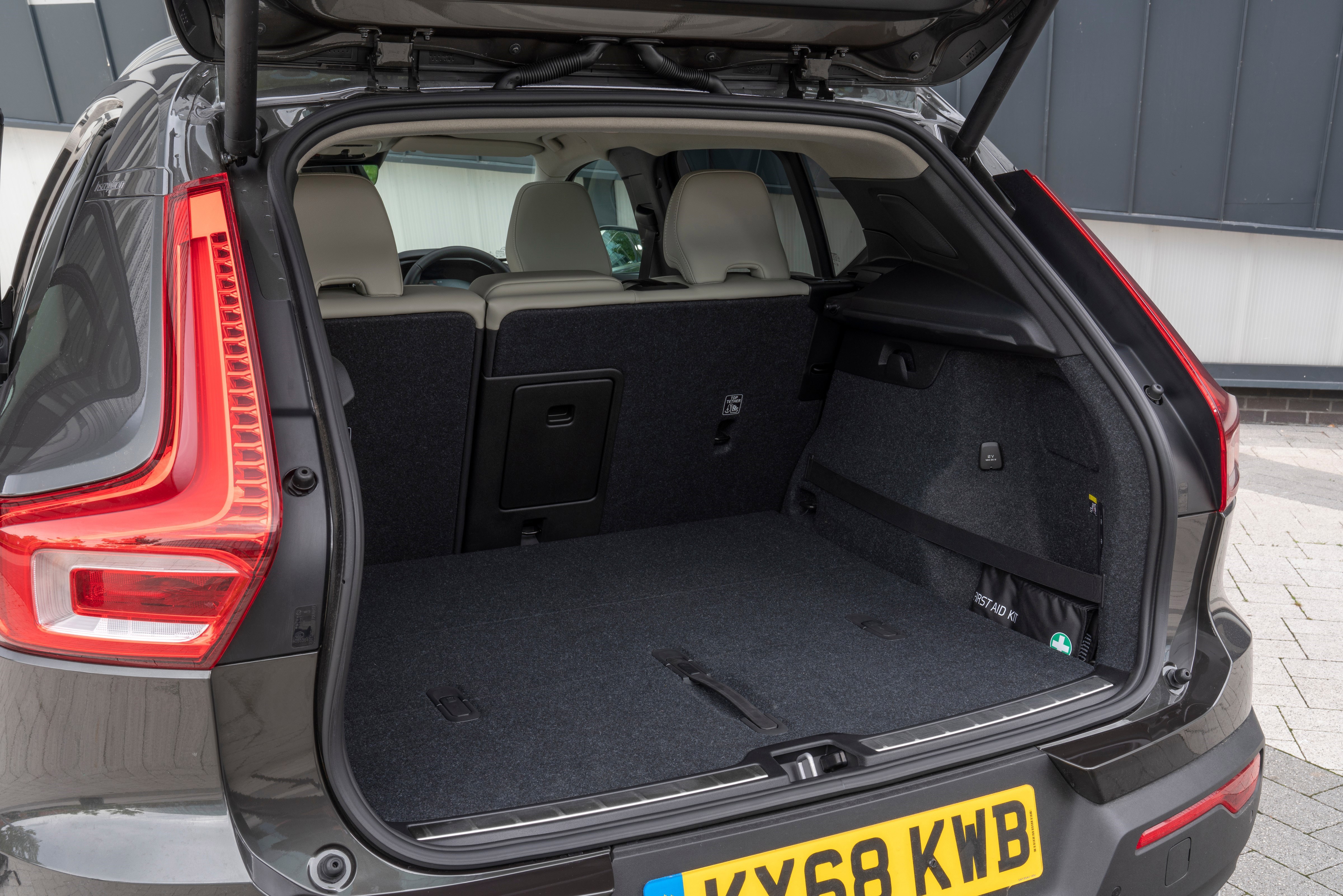 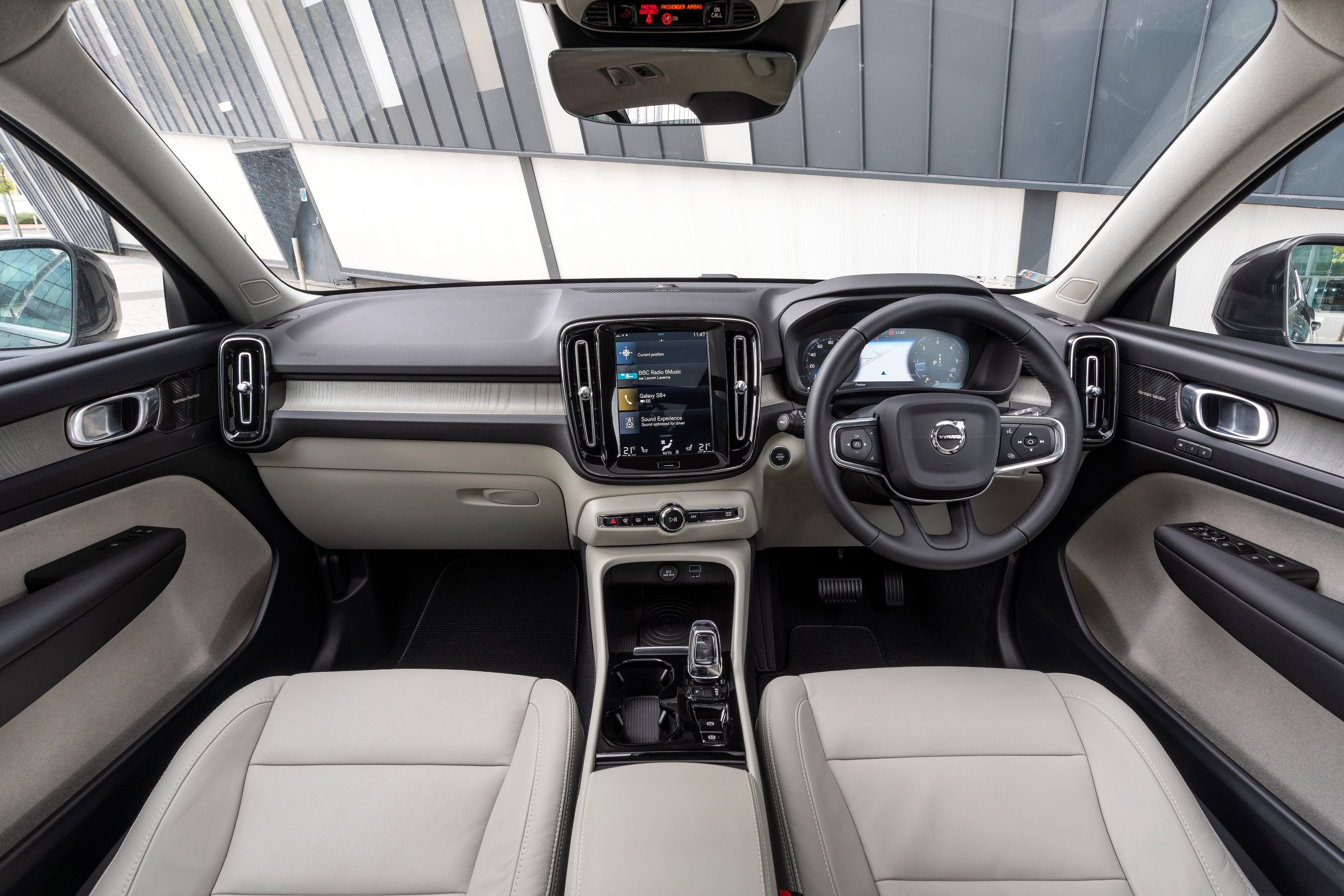 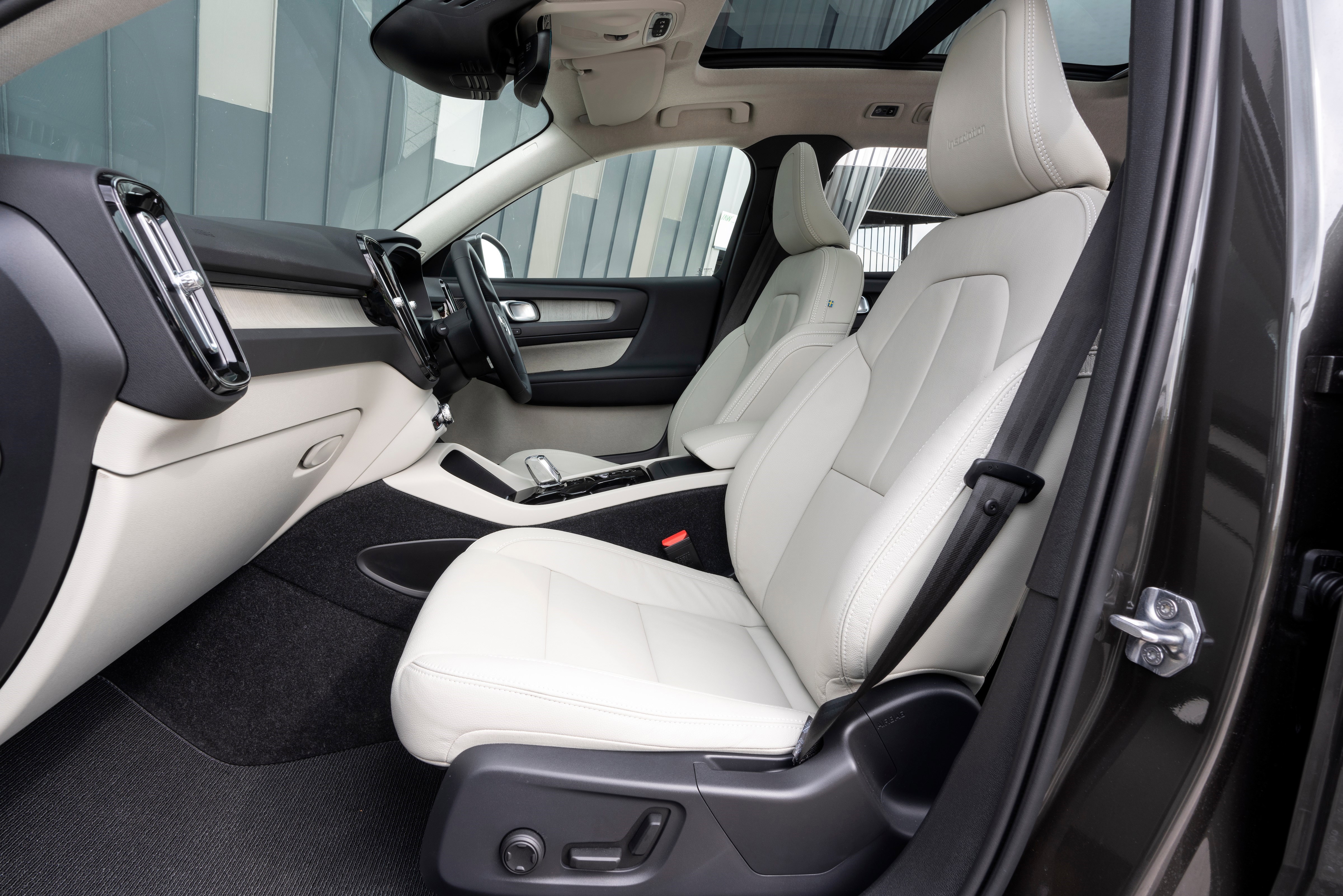 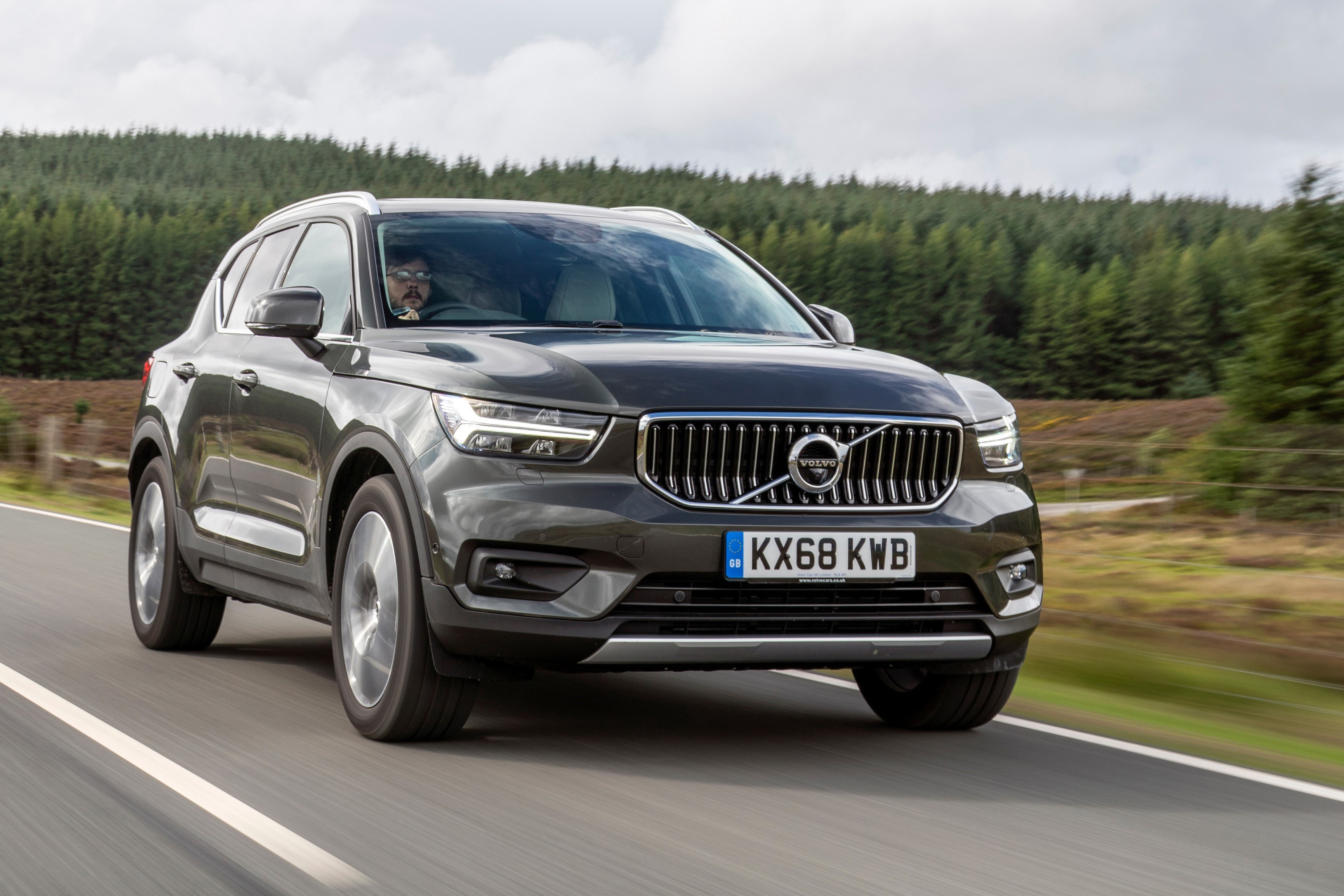 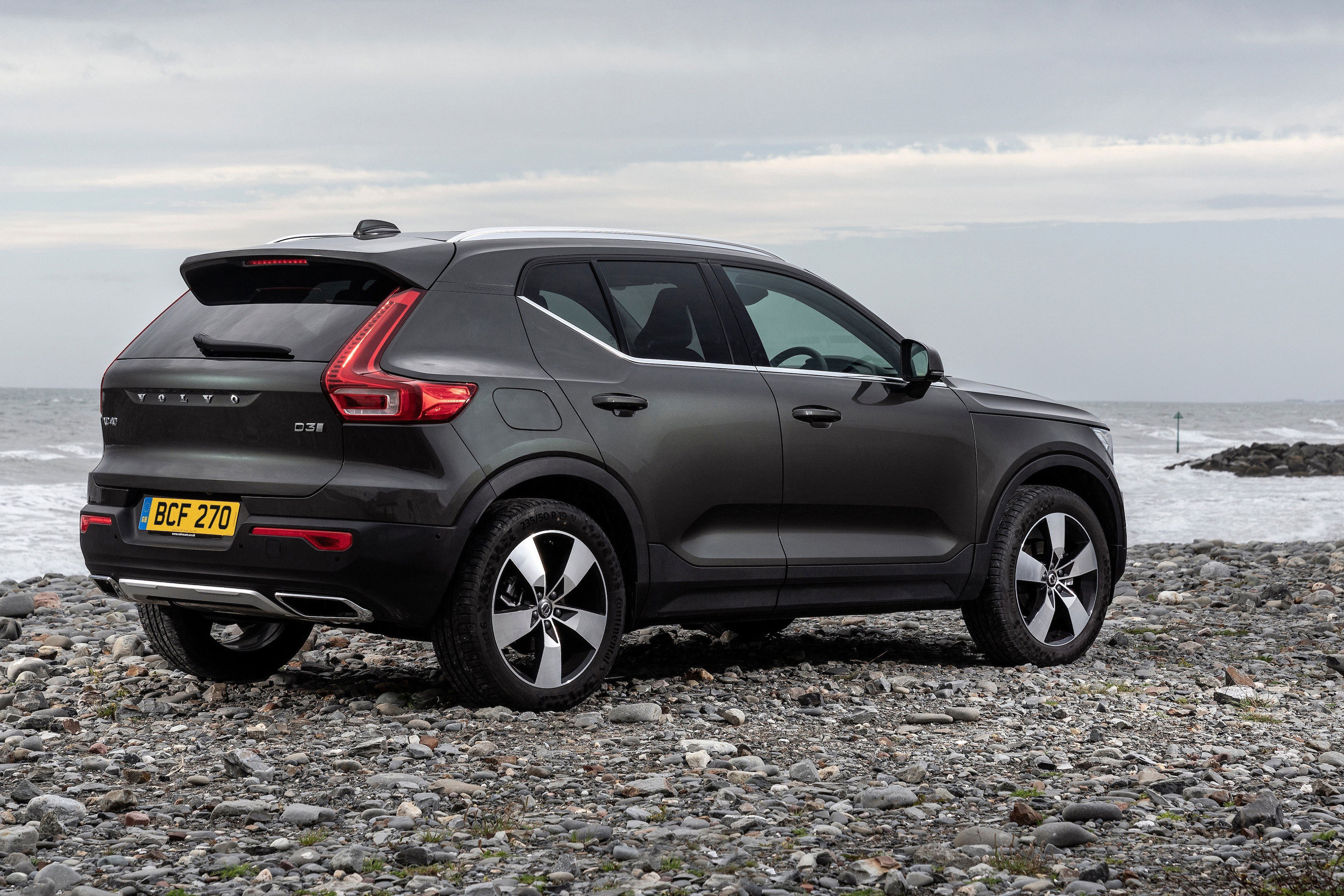 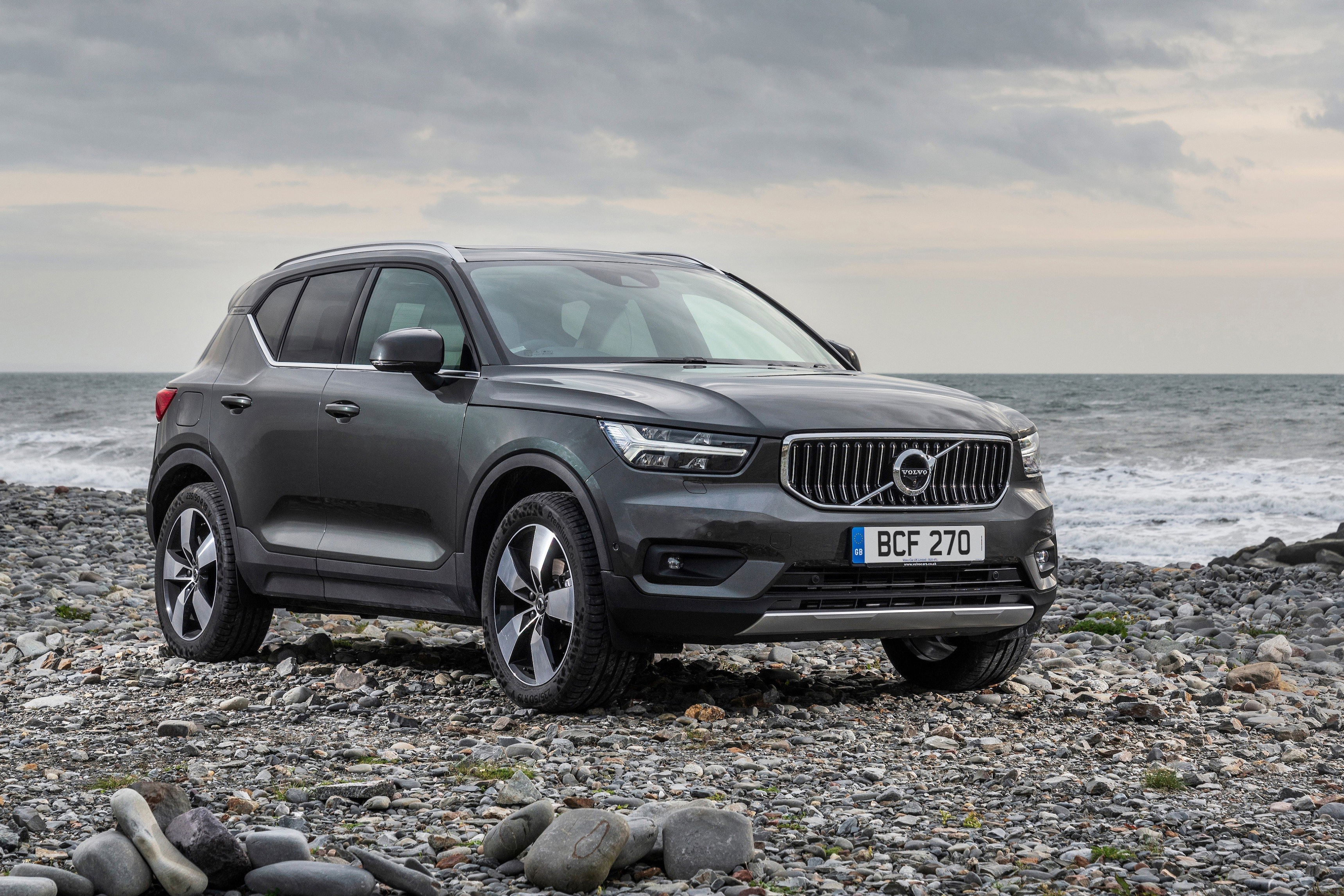 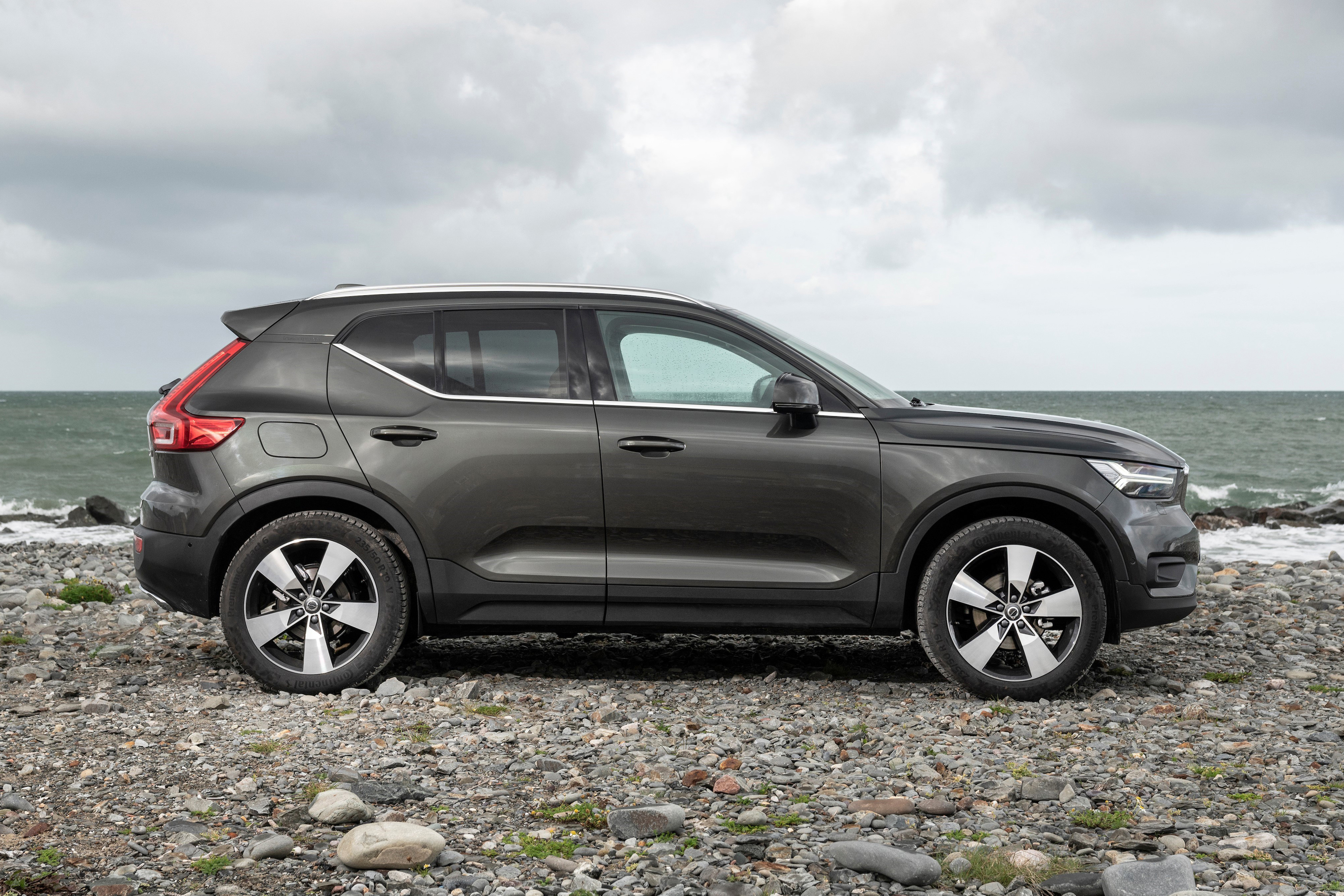 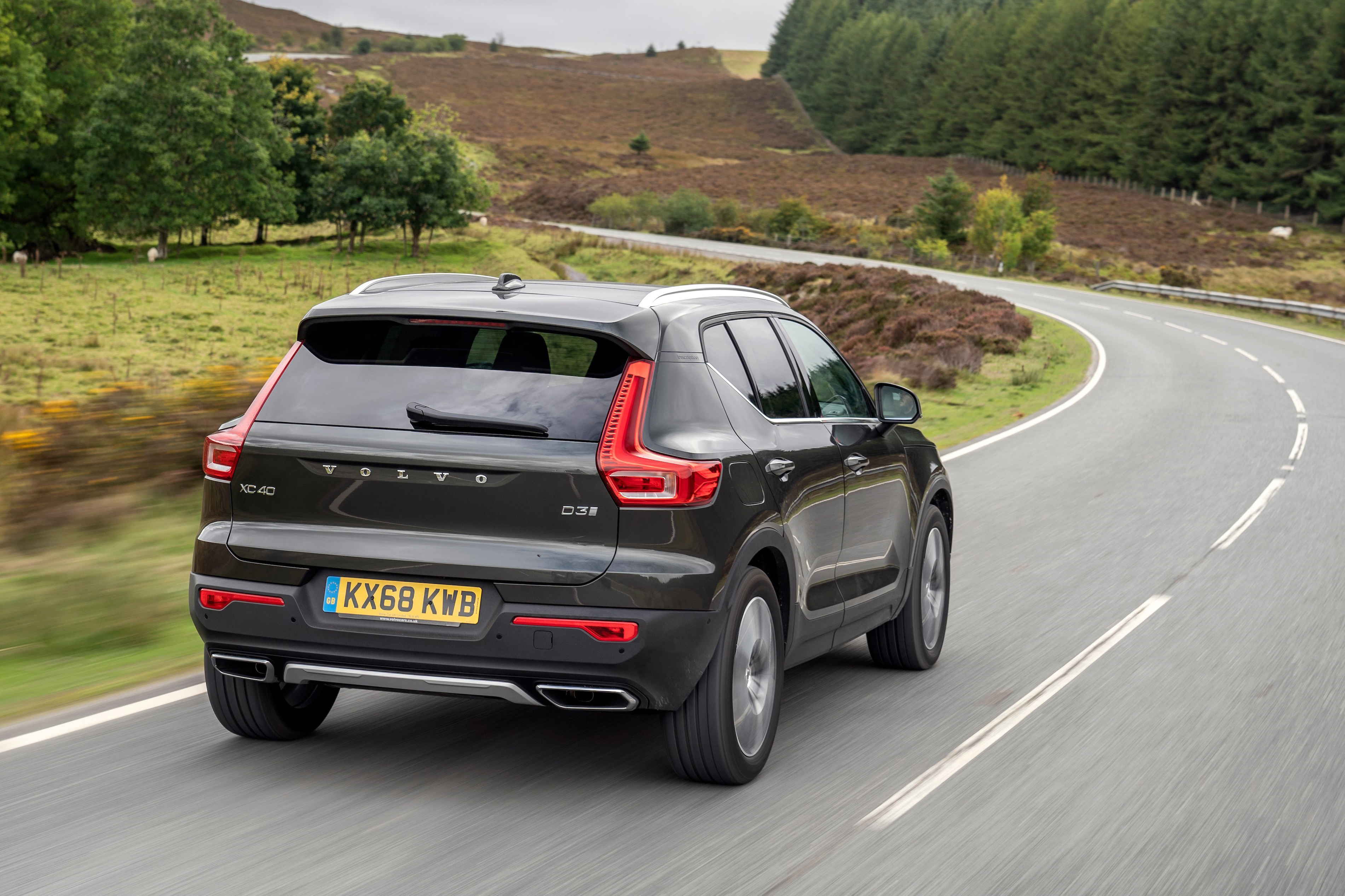 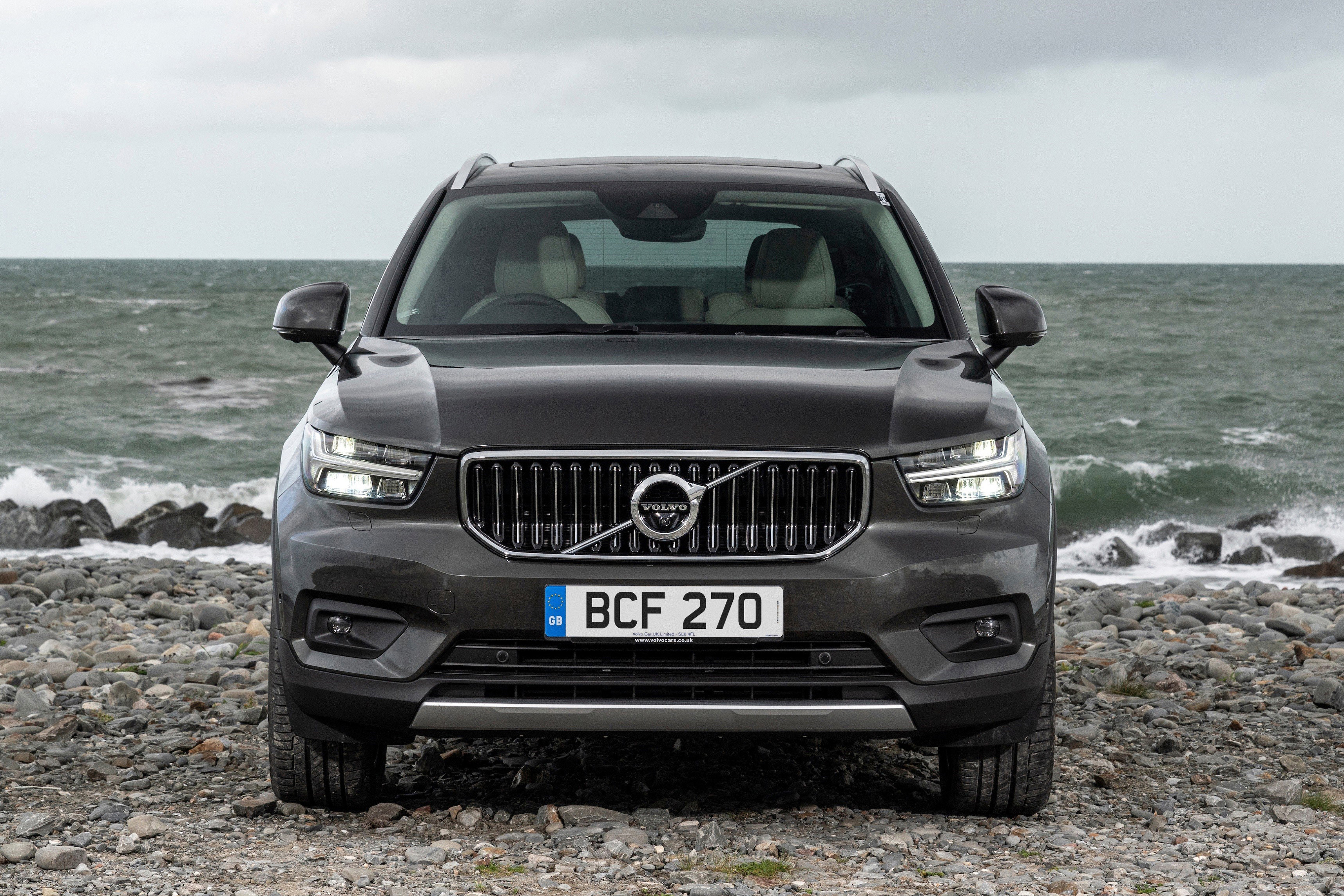 The Volvo XC40 is a car that impresses no matter what your needs or expectations are. Whether you’re after a classy SUV, practical family car, or something with no tailpipe emissions to do your bit for the planet, the XC40 has it covered. It also helps that it has distinctive, attractive styling in sector that can sometimes feel a bit samey when you look at the Swede’s rivals.

Volvo has ditched diesel engines from the XC40 line-up, so you have a choice between petrol, hybrid and full electric. Confusingly, the hybrid and EV models are both called XC40 Recharge, so just make sure you are certain which suits you before hitting the buy it button. The EV version is Volvo’s first fully electric car and has a range of 266 miles on a complete charge, so it offers a useful mileage between stop to plug it in. It can also cover 0-62mph in just 4.9 seconds thanks to its electric motor’s 408hp.

Inside, the XC40 is a masterclass in blending materials to create a decidedly Swedish look and feel. It’s one that leaves most of the Volvo’s rivals looking a bit dour and gloomy by comparison, and it’s a major reason for the XC’s success among premium small SUVs. If you want something a bit less in-your-face in this sector, the Volvo has the edge over the Audi Q3, BMW X1, Mercedes-Benz GLB or Range Rover Evoque.

It’s an impressive feat in that sort of exalted company, but one the XC does with apparent ease. Helping the Volvo along is a long list of standard equipment, lots of safety kit as you’d expect from this maker, and a car that’s very good to drive. It all makes the XC40 as near a complete package as any car can be.

One of the first things that strikes you as you settle into the Volvo XC40’s cabin is just how appealing it is. The mix of materials and finishes puts the XC’s rivals in the shade as it imparts a sense of style that you don’t find elsewhere in this class. There are also impressively neat, tight shut lines to all of the panels, and everywhere your hands come into contact with the XC40 it feels solid and finely crafted. Wherever you look, there are also neat details, such as the way the centre console is divided into clear sections and the shape of the air vents.

Talking of the centre console, one of the XC40’s highlights is its infotainment screen. Much larger than most of its competitors, it’s also arranged in a portrait orientation rather than the more usual landscape style. The benefit of this for the Volvo is the 9-inch screen looks bigger than most and it’s superbly easy to navigate using the touchscreen or steering wheel buttons. There’s no need to learn how the menus operate as the XC prefers to work like your smartphone, so you just swipe, pinch and tap as required to travel through its screens. It’s very intuitive and much less distracting than many rival systems.

Some of the onscreen icons could be a little larger when using the XC’s infotainment, but it’s still one of the best in this class. Volvo also provides separate physical controls for the stereo just beneath the screen, so there’s not fiddling about as you drive. Apple CarPlay or Android Auto are used to connect with your smartphone, so you can access apps and music easily. There’s also wireless charging for your phone in all XC40s.

Given the XC40 comes from Volvo, it’s no surprise to find the front seats are brilliantly comfortable. They support your legs and back in all the right places without intruding on longer journeys, so you arrive feeling flexible instead of stiff and achy. The main dash has a 12.3-inch display and is clear, simple and easy to read, while the rest of the controls are laid out in a typically logical Volvo fashion. You also get large door bins and plenty of other storage options dotted around the driver.

In the back, the raised bench gives a good view out for kids and there’s enough space back here to fit three adults when required. Sufficient headroom coupled to good legroom is unusual in this class, but the XC manages it. The boot isn’t as big as some, offering 460-litres, or 452-litres if you choose the full EV Recharge model. Either way, you’ll still fit in most shopping or luggage requirements. The Convenience Pack is a useful option to have to prevent items rolling around the boot floor, and you can fold the 60/40 split and top back seat to free up a maximum of 1328-litres of load capacity.

Which engine you choose for the Volvo XC40 will have a big bearing on how it feels to drive and how much it costs to run. The range starts with a pair of 2.0-litre petrol motors, which produces 163hp in the B3 model and 197hp in the B4. The B3 comes only with front-wheel drive, but you can have this or four-wheel drive with the B4. Whichever suits you, all three of these XCs come with a seven-speed automatic gearbox as standard.

Then Volvo moves on to its petrol-electric hybrid XC40 Recharge cars. Instead of the 2.0-litre engine, they have a three-cylinder 1.5-litre turbo petrol motor that generates 129hp in the T4 but also has the assistance of an 89hp electric motor. Choose the T5 and its petrol engine gives 180hp and the electric motor is turned up to 132hp, which makes this the quickest of the XCs with an internal combustion engine. Both hybrid models stick with front-wheel drive, but like the B3 and B4 they use a seven-speed automatic gearbox.

A little unhelpfully, Volvo also calls its full EV version the XC40 Recharge. Yet, in place of a petrol motor, there’s a battery and electric motor combo that delivers a hefty 408hp. That’s enough to see this Volvo from rest to 62mph in just 4.9 seconds, and it can be fast charged up to 80% battery power in as little as 32 minutes from near flat. With a full battery, it has a claimed range of 266 miles.

Driving the XC40 Recharge EV Is not like being at the wheel of an Audi RS3 with similar straight-line speed. For sure, the Volvo is mighty quick off the line, but its tall-sided styling and softly set suspension means there’s a bit of body lean in bends, so a more flowing, laid-back driving style is what works best here. Use the XC40 Recharge in this way and it becomes a very soothing, quiet way to reel of the miles. The Swedes have also worked very hard to retained the comfort of its other XC40 models in the EV version over potholes and lumpy surfaces. This is not something many of its EV rivals can claim. The only caveat is if you choose the larger optional 20-inch alloy wheels that bring a slightly firmer edge to the drive.

Step into the petrol-powered XC40s and they all perform in a similar manner. The B3 can feel a little sluggish as it gets off the mark, but the engines are smooth. The plug-in hybrid T4 and T5 models can run in electric-only mode and you will hear a little whine from their motors, but it’s not intrusive. There’s also a hint of wind noise at motorway pace in all XC40s, but it wouldn’t put us off choosing any of them.

All XC40s come with a long list of safety equipment included as standard. In fact, Volvo doesn’t even offer any optional safety kit as its all fitted to the cars already.

There are three trim levels for the XC40, regardless of whether you choose petrol, hybrid or EV. The range starts with the Core that comes with a very long list of safety kit, as well as keyless start, cruise control, rear park assist, climate control, and cloth upholstery. You also get the 9-inch infotainment touchscreen and an automatic gearbox. Next in line is the Plus with larger alloy wheels, reversing camera and front park assist, electric front seat adjustment, heated seats front and rear, and a heated steering wheel and windscreen. The Ultimate has even larger 19-inch wheels, panoramic sunroof, parking camera, upgraded stereo, and different cloth for the upholstery.

The earliest used XC40s have diesel engines and cost from around £19,000 with higher mileages. Go for a petrol version and a four-year old car will be around the £23,000 mark. Shop around for the EV and you can chip about £1500 from the new price.

With the EV models, there are no carbon dioxide tailpipe emissions or fuel economy to worry about. The claimed range on a full charge is 266 miles, though this is dependent on driving and weather conditions, and is can be recharged to 80% battery capacity from zero in as little as half an hour. The most efficient petrol-powered models are the T4 and T5 hybrid models, which can achieve a claimed 134.5mpg maximum and emit as little as 47g/km. The B3 and B4 petrol models provide 42.1mpg and 177g/km emissions, though the four-wheel drive B4 lags a little with 40.3mpg and 158g/km. Insurance for the XC40 lies between groups 22 and 43 depending on model.

There’s little to touch the Volvo XC40 for its all-round ability and appeal in the small premium SUV sector. It pulls of the difficult balance of widespread appeal while still retaining a feel of exclusivity, helped along by its distinctive looks and stylish cabin. A bit more boot space would be welcome, but you won’t struggle to fit in the holiday suitcases.

The XC40 also has all of the bases covered with its petrol, hybrid and full EV power options. They all drive very well and deliver comfort that is well beyond most of their rivals. It’s true the XC40 isn’t the sharpest handling car in this class, but its supple ride and refinement are more important for most drivers’ needs. Add in Volvo’s superb roster of standard safety kit, as well lots of comfort equipment, and you have a brilliant small family SUV. 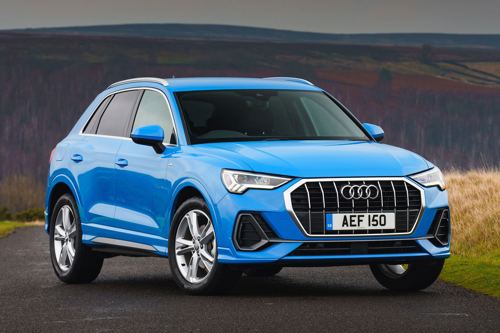 The Audi Q3 is a solid choice in the small premium SUV sector and plenty of drivers are attracted to its handsome looks and well-appointed cabin. The interior follows the usual Audi playbook, which means its logically laid out, spacious for those in the front, and has a decent boot. All of the materials your hands come into contact with feel high grade. Driving the Q3 is unchallenging and it offers good handling and a reasonable ride so long as you don’t opt for the largest wheels. Only the 1.5 TSI with S tronic automatic gearbox disappoints. 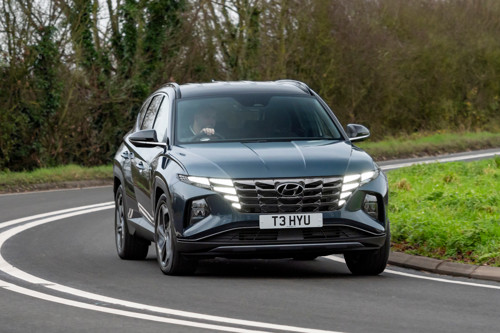 The Hyundai Tuscon has the looks and the talent to mix with premium brands, and it’s also a bit larger than the Volvo XC40. This alone makes it a good choice for family drivers, but the Tuscon comes with striking looks and a cabin that is packed with luxury and safety equipment. Drivers have a choice of petrol or plug-in hybrid models, just like the Volvo, but no EV as yet. Good to drive, cost-effective to run, and with a long warranty, the Hyundai Tuscon makes a strong case for itself, aided by its keen pricing. 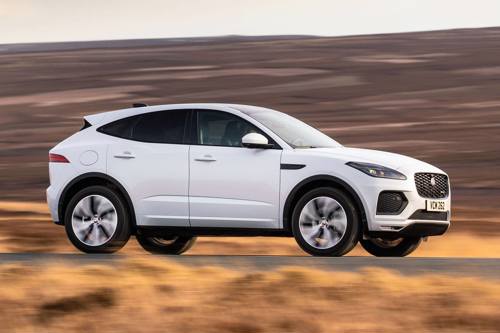 Often overlooked, the Jaguar E-Pace is one of the best small SUVs to drive. It rides the bumps with a calm smoothness and handles much better than most of its competitors, so it justifies the ‘sport’ in its SUV title. There are hybrid engines to keep running costs to a minimum and the P300e model can cover up to 34 miles on battery power alone. Jaguar’s interior design is not as bold as the Volvo XC40’s, but comfort is good for those in the front. However, rear seat space is limited and the Jag’s boot is some way off the largest in this sector.