The Leaf is an affordable, practical EV with the option of a larger battery and longer range. 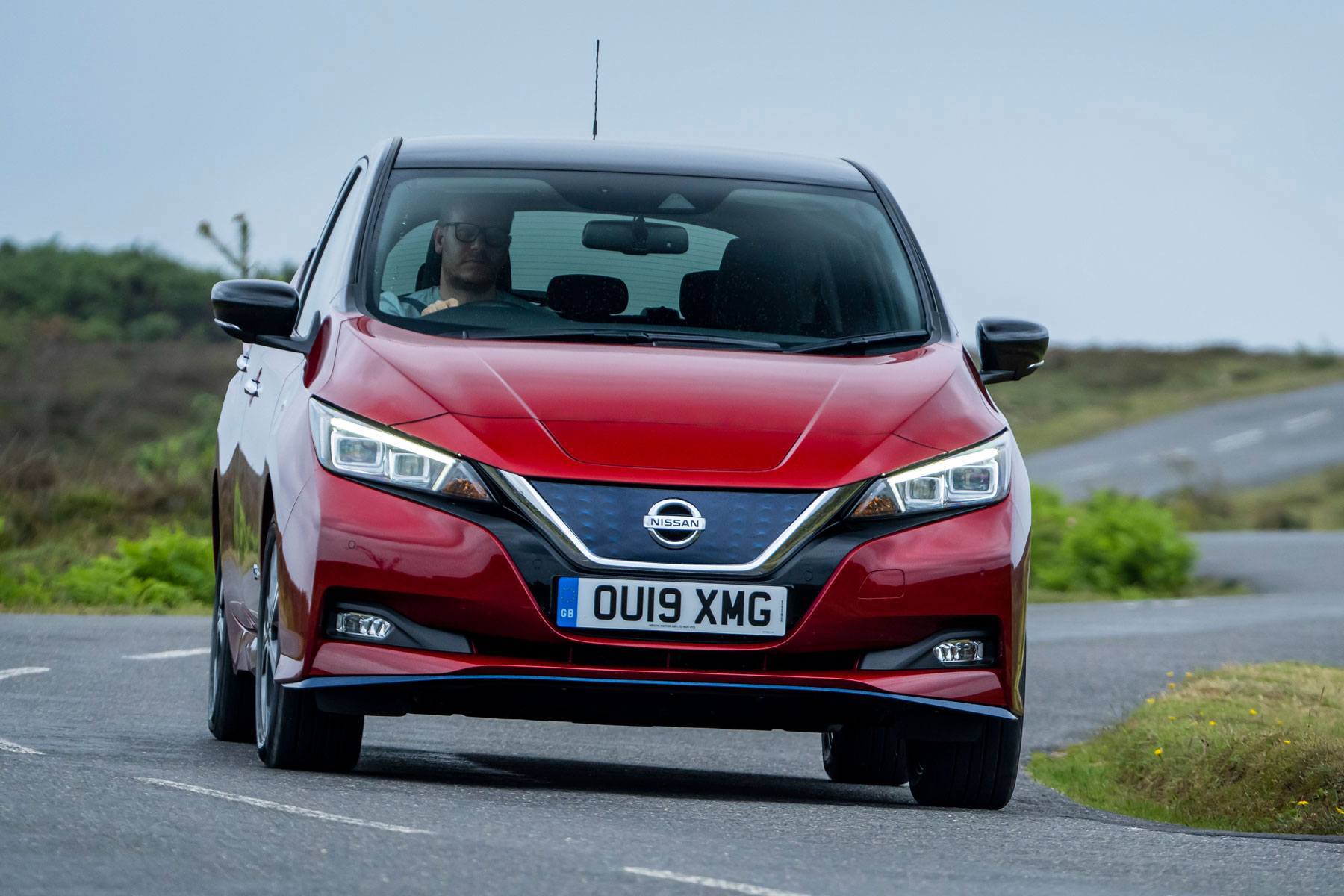 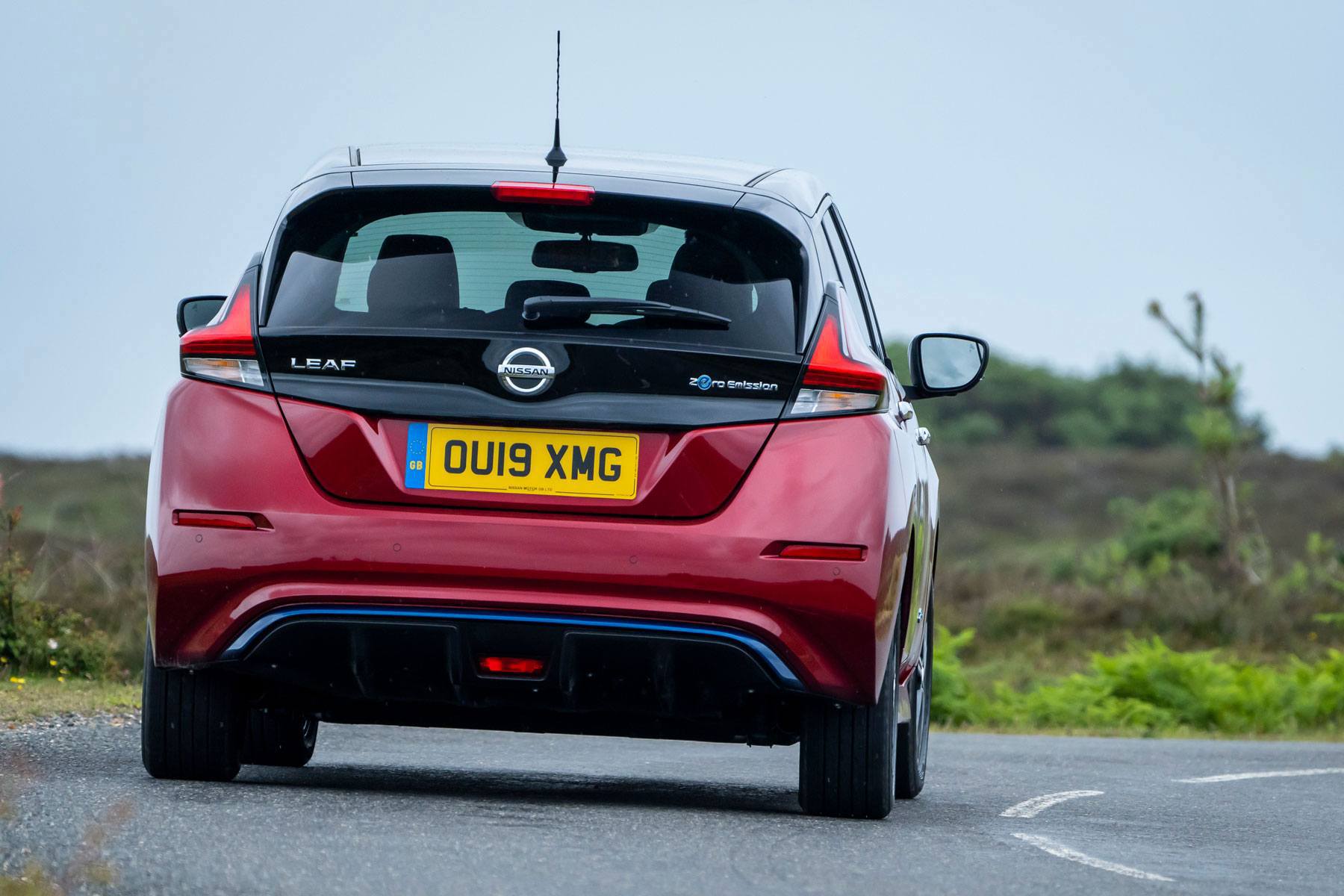 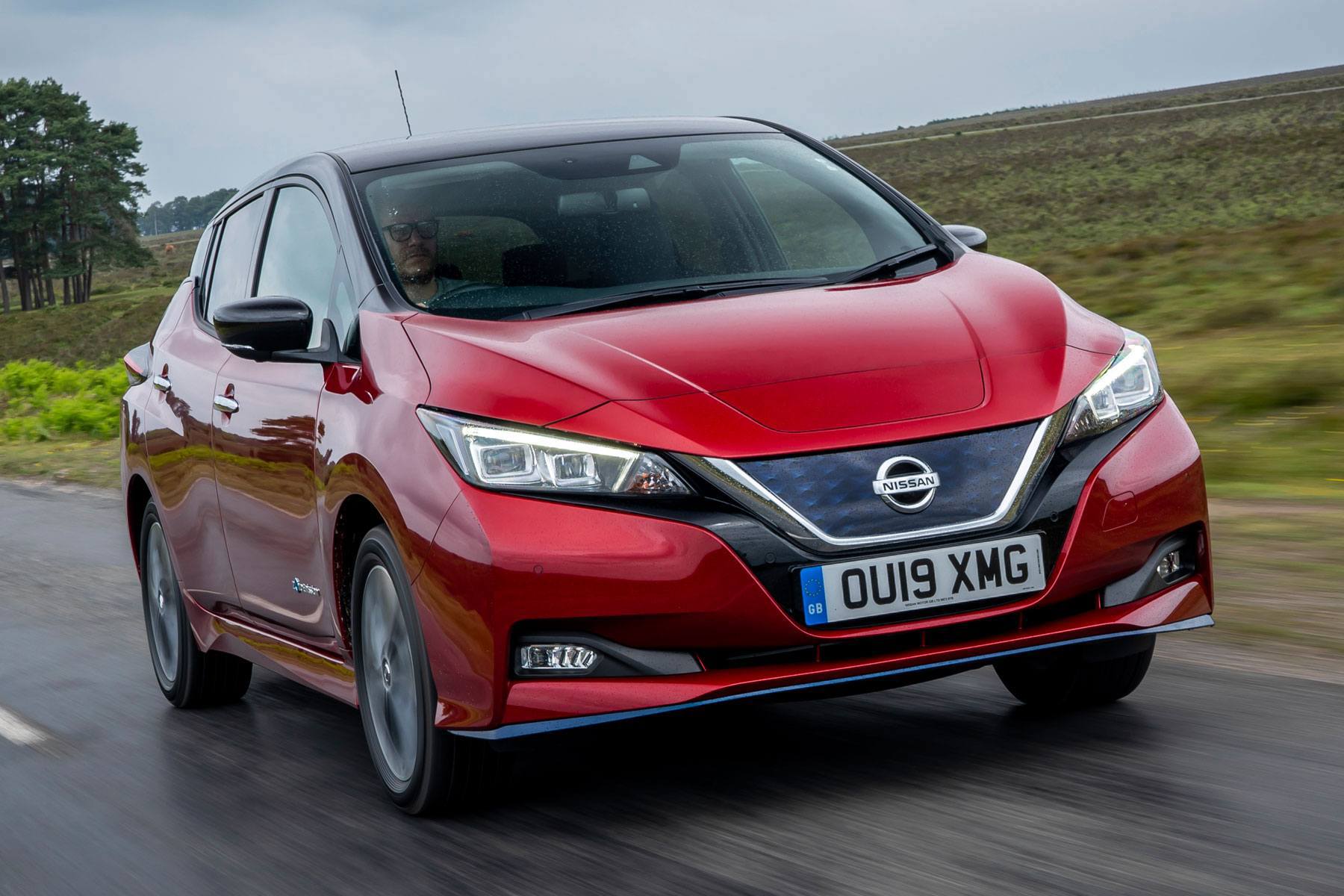 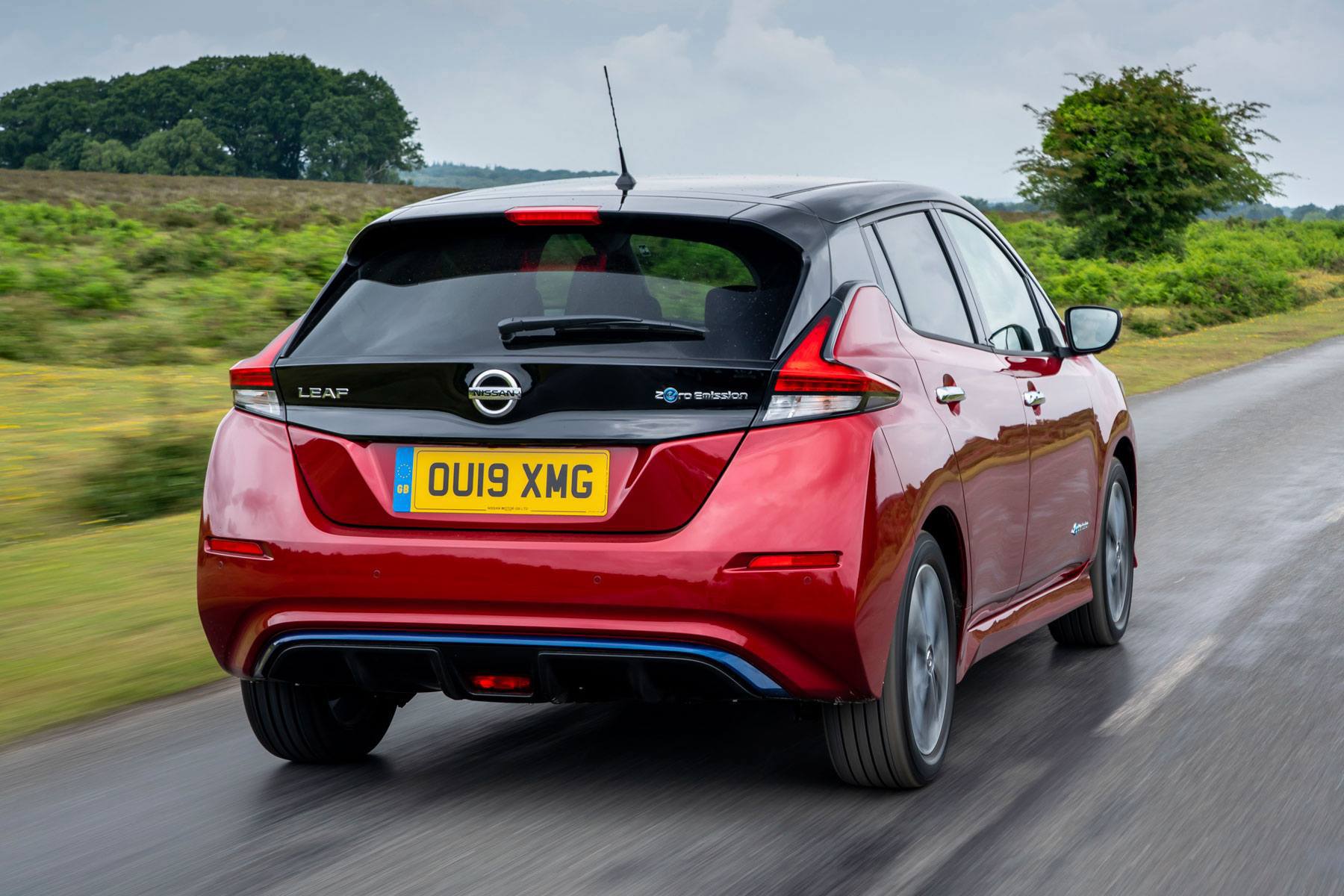 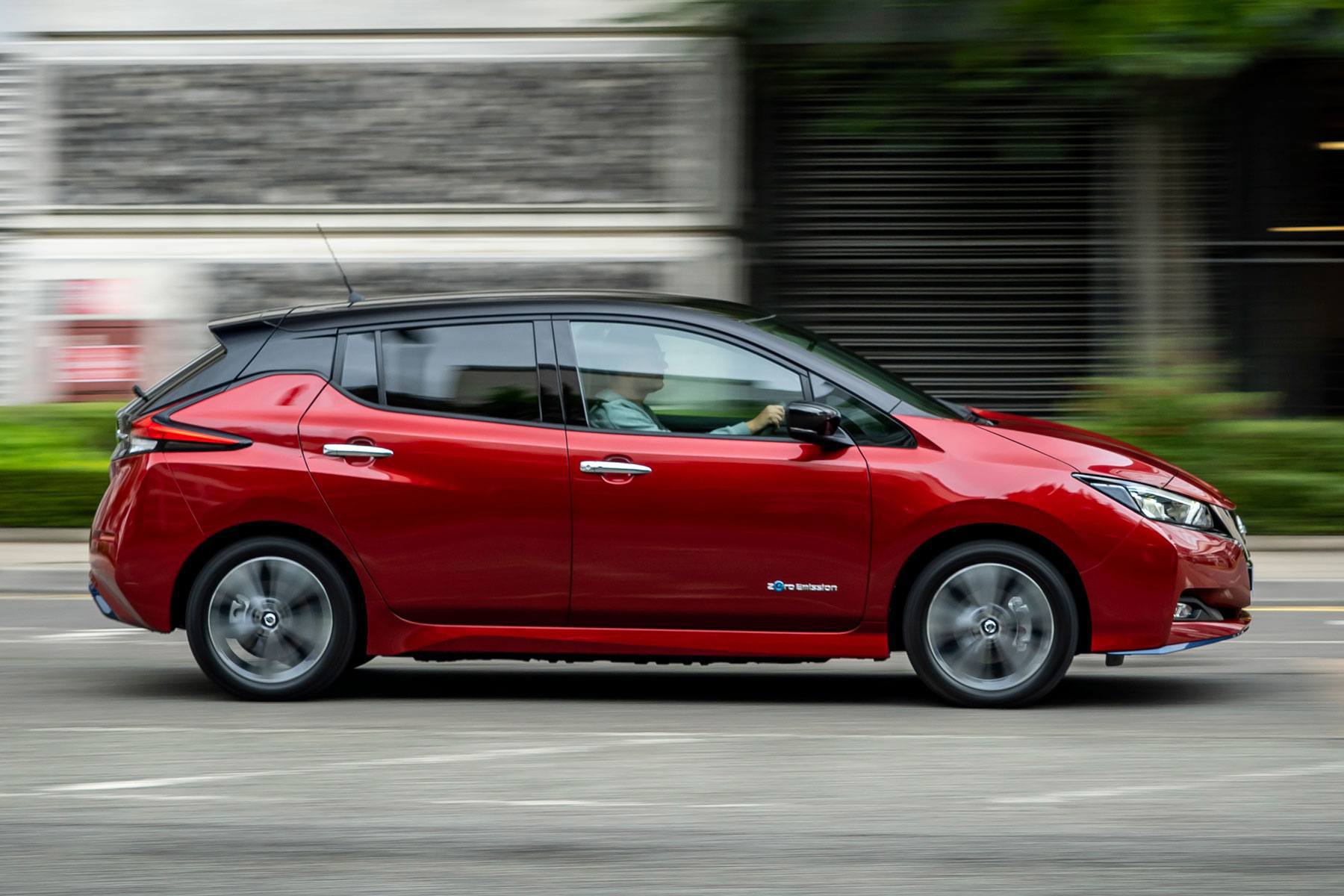 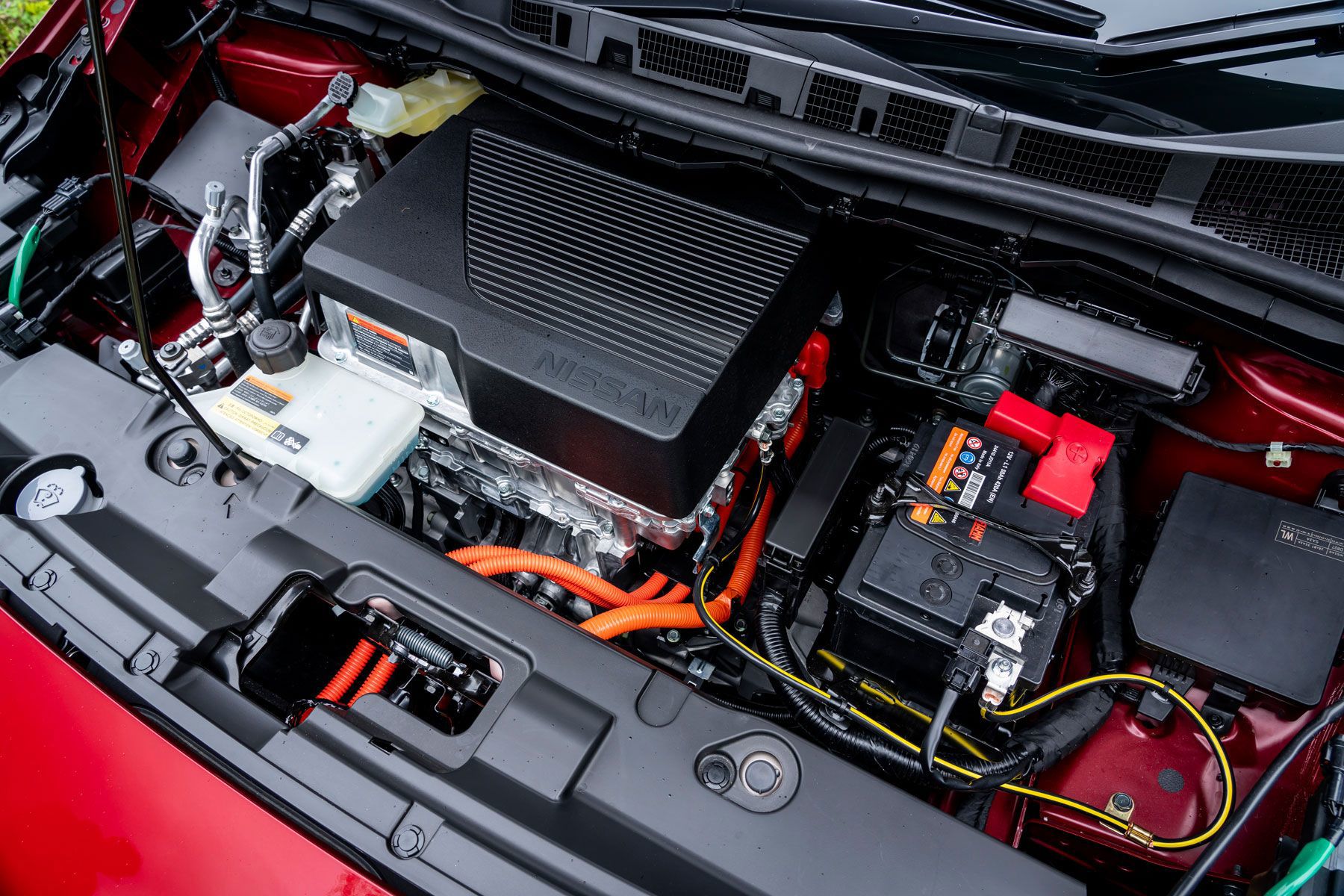 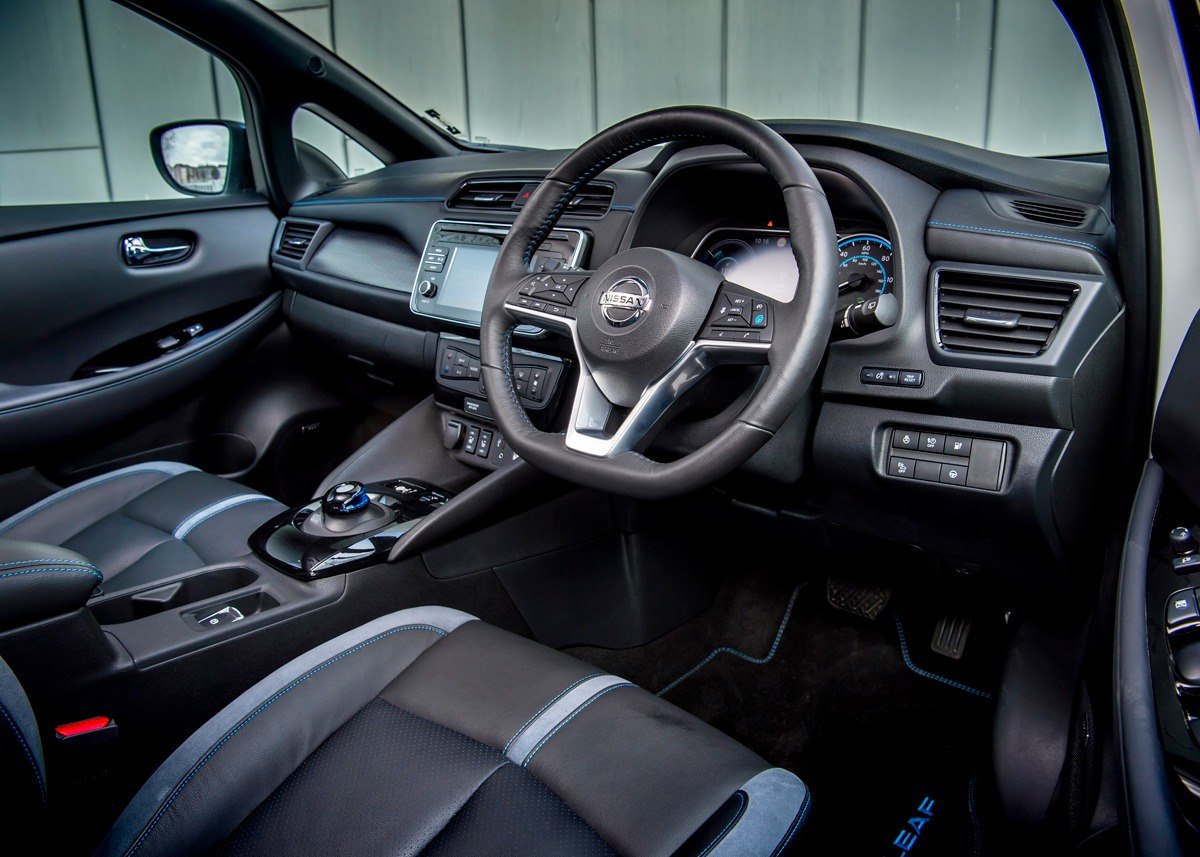 When the first Nissan Leaf was launched in 2011, it seemed otherworldly and very strange even to contemplate running an all-electric car. Fast forward to the second-generation Leaf’s arrival in 2018 and the world was a very different and rapidly changing place. EVs were now much more commonplace and the significantly better looking and much improved Leaf was in a strong position to take full advantage.

It's done that ever since and has earned itself the title of the world’s best-selling EV, though others are making ground in this respect. What you cannot take away from the Leaf is that it’s a fundamentally decent car that works for most family needs, whether it’s commuting, shopping or even venturing much further afield.
The standard model has a 168-mile battery range on a full charge. With the Leaf’s one-pedal driving ability using the e-Pedal, you can complete most journeys without using the brakes. This maximises regenerative braking and also lends the Leaf a relaxing sensation as you learn to anticipate more as you approach slower moving traffic, roundabouts and junctions. Should you need more range, the Leaf+ ups the battery’s distance to 239 miles, which is not as far as some like the Skoda Enyaq or Tesla Model 3, but it’s more than plenty for most needs in daily driving.

Inside, the Leaf is much like any family hatch, so you get a decent amount of space, comfort and equipment. The infotainment set-up feels quite dated by today’s standard, but the Nissan does come with separate physical buttons for the heating, which is a good thing. Although it’s hard to get too excited about the Leaf and the way it drives, it continues to prove an EV is a practical, workable everyday solution for those who want zero tailpipe emissions in their car.

Given the Nissan Leaf has been in the vanguard of EVs, it can be easy to forget it’s also a very decent family hatchback. As such, it offers the driver a comfortable seating position, which is set a bit higher than you find a Volkswagen ID.3 or Ford Focus, but it’s not a bad thing as it offers good all-round vision and makes parking easier. There’s still good headroom for both front occupants, and there’s also a lot of storage arranged around the front cabin to keep small items from rolling around.

The Leaf’s infotainment system uses an 8-inch touchscreen in all models. It’s graphics and display look a little behind the times now compared to what’s used in the Qashqai, but the upside is it’s easy to use and scroll through the menus. Some will find the screen’s positioning lower in the dash a little distracting next to the Qashqai’s which is up high and clearly placed in the centre of the upper console. However, it’s still easily visible and Nissan is to be applauded for continuing with physical buttons for the heating and ventilation controls rather than forcing this through onscreen menus that are a faff to use on the move.

In the rear, space is a bit more limited for passengers’ knees and adults will find their legs protruding into the backs of the front seats. For kids and teenagers, it’s more than adequate, though, and the seats themselves offer good support and comfort.

Other practical concerns are dealt with by a boot that offers 435-litres with the rear seats in place. It’s not as generous as some in the family hatch sector, but it’s still enough to cope with most needs. There is quite a drop from the load sill to the boot floor, so lifting heavier items out of the Leaf’s cargo bay can be a muscle-straining test. In the higher spec Tekna models that have a Bose stereo system, there’s a subwoofer in the boot that also robs a bit of space. More importantly, it’s also in the way when the 60/40 rear seat is lowered to access the full 1176-litres of carrying space.

2018 Nissan Leaf engines: how does it drive?

The biggest decision you will make when choosing a Nissan Leaf is whether to stay with the standard model that has a 39kWh battery pack or upgrade to the more powerful and longer range Leaf e+ with its 59kWh battery. With the 39kWh model, you get an electric motor with the equivalent of 150hp, which is on a par with a decent petrol or diesel rival. This version will deal with 0-62mph in 7.9 seconds, which makes the Leaf one of the nipper family cars you could choose thanks to the electric motor’s instant urge when you press on the accelerator pedal.

If you want to go faster and further, the 59kWh offers an equivalent power output of 217hp, putting it into the same sort of bracket as a hot hatch. With 0-62mphin 6.9 seconds, this Leaf has the acceleration to surprise a few more overtly sporting rivals. However, its range rather than performance that are the main differences as the 59kWh model can cover up to 239 miles on a full charge, where the 39kWh version manages 168 miles.

On the move, even the less powerful Leaf still feels more than able to pull out into fast-flowing traffic from a side street with complete confidence. It can also get up to motorway pace easily, though the Leaf is not as quiet or refined as some EVs when travelling at these speeds due to some wind and road noise being audible. The ride is also one the firm side, which is a common trait of EVs as they have to cope with the added weight of their battery packs. A flipside to this is the Nissan has little body lean in bends and handles well, though the steering has an over-light, numb feel.

Perhaps more relevant for daily driving is the Leaf’s e-Pedal option when it’s selected by the driver. It uses the full regenerative braking to let the driver us the throttle pedal as more of a speed governor. Press down and the car goes faster, but as you ease off the car slows quite markedly. It can take some time to get used to, but when you do it allows the Leaf to be driver all the way up to junctions and a stop without touching the brakes. Any serious slowing activates the brakes lights, so you don’t need to worry about cars behind not realising you are coming to a stop. With this mastered, you can make the most of the available battery range and even eke out a few more miles by topping up the electricity with regenerative braking.

Value for money: how much does a 2018 Nissan Leaf cost to buy and run?

The Nissan Leaf Acenta comes as standard with Lane Departure Warning, Cruise Control, Rear Cross Traffic Alert, and Emergency Braking with Pedestrian Recognition. It also has alloy wheels, air conditioning, 8-inch infotainment touchscreen, Apple CarPlay and Android Auto, and a rear view parking camera. Move to the N-Connecta and you get Nissan’s excellent Around View Monitor that gives a bird’s eye view of the car for parking. The seat trim is upgraded to part-leather and there are heated front seats and steering wheel. The Tekna ups the ante with the ProPilot Advanced Driver Assistance System, Bose stereo, electronic parking brake, and LED headlights with cornering function.

With no petrol or diesel to pay for, the Leaf driver’s concern is finding a charging point. It comes with a Chademo Rapid Charge Port and can go from 20- to 80% charge in an hour on a 50kW rapid charger. There’s no VED road tax to pay on a Leaf and the battery is covered by a five-year, 100,000-mile warranty alongside three-year, 60,000-mile cover for most of the car’s other parts. There’s also a five-year warranty for dedicated EV components. As for insurance, the Leaf sits in groups 21 to 28 depending on trim and battery size.

Regardless of whether you are looking for an electric car or not, the Nissan Leaf makes a good case for itself simply on its running costs. It’s affordable to buy in the first instance and the lower cost of charging the battery versus filling up with petrol or diesel makes life easier on your wallet. It also has a decent range if you opt for the more powerful model, though it cannot travel quite as far as some rivals on a full charge.

Where the Leaf misses out is in the way it drives, which is only average for the family hatch sector. It’s quick off the mark, but the ride and refinement are not as good as many, and the cabin is also a bit drab when compared to the best in this sector. There’s also not as much rear legroom as many of its competitors.

What could I buy instead of a 2018 Nissan Leaf?

The lure of the Volkswagen badge is backed up by the ID.3 good looks and equally fine driving experience. For anyone making their first foray into electric cars, the VW is the perfect starting point as it’s simple to drive and does pretty much everything a Golf does but with no petrol or diesel engine under the bonnet. The more expensive models offer a driving range of up 336 miles instead of 205 miles, which is notably better than the Nissan Leaf. The VW is also a lot more refined than the Nissan, though some of the ID.3’s cabin plastics look and feel a bit flimsy. 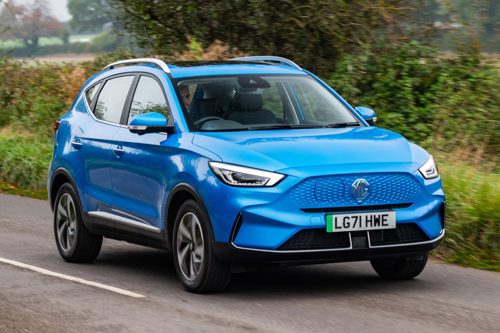 MG’s ZS EV has found a lot of favour with buyers because of its low entry pricing structure. It makes it a solid choice for private and company drivers, and the battery has been upgraded to allow it to travel up to 273 miles on a single charge. That’s a good bit further than the Nissan Leaf can manage, and the MG is decent to drive. There’s more wind noise at motorway speeds than is ideal, but its roomy cabin can seat four adults easily and the boot is also a generous size. 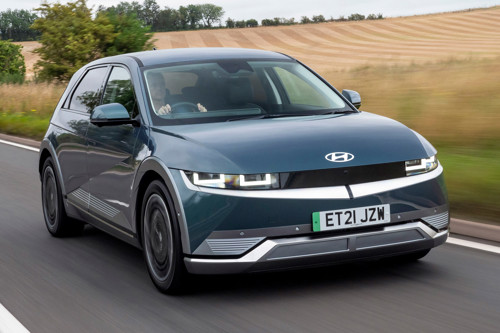 A more expensive choice than the Nissan Leaf, the Hyundai Ioniq 5 justifies some of this with its brilliant styling that mixes retro touches with futuristic lines. It also drives extremely well thanks to sharing its basic platform with the Kia EV6 and Genesis GV60. The large cabin offers plenty of space for its occupants and there’s a big boot, too. The smaller battery model offers a range of 238 miles to rival the best the Nissan Leaf can offer, while the bigger battery version musters a possible range of 298 miles on a full charge.