Good looking Nissan Juke is loaded with tech and safety, but it’s not the best driving small SUV.

Where the original Nissan Juke was very much a crossover, the latest car is much more of a small SUV. It feels, and is, a much more competent and confident car in the way it drives and performs. This was necessary for Nissan if it wanted the Juke to compete with very grown-up and able rivals such as the Ford Puma, Renault Captur, and Skoda Kamiq.

Its predecessor may have been a case of style of substance, but this Juke is very much a blend of the two. From the outside, it has thoroughly modern, sharply styled looks that set it apart from the herd so you won’t mistake it for anything else. It also retains just the right amount of quirkiness from its ancestor but without the compromises that could force on the original.

Inside, Nissan has made a significant leap forward with the quality of the Juke’s cabin. All of the materials feel on a par with the best in this sector, though the gear lever has a too-light action. Still, the dash is well laid out and the infotainment screen easy to read, even if it’s not the best system to use. The look of the interior is much less try-hard now, as well, and Nissan has found more room for people and luggage by lengthening the distance between the front and rear wheels. This car now boasts one of the bigger boots in the segment, though it’s nowhere near as generous as a Ford Puma’s.

There’s only one engine option for the Juke, which is a three-cylinder 1.0-litre turbo petrol. It needs a few revs to give its best, but it’s decently refined and can be ordered with a six-speed manual or seven-speed dual-clutch gearbox. There are several trims to pick from, too, and all are good value.

One of the key things that makes this Juke feel much more like an SUV than its crossover predecessor is the driver’s seating position. You sit quite high up in the Juke, giving a good view over the bonnet, and it imparts that feeling of safety and security that draws so many people to this type of car. The seat itself is comfortable and supports the driver in all the right places, but there’s no lumbar adjustment, so you may find longer trips require more frequent stops to get out and stretch your back muscles. However, Nissan has blessed this Juke with angle and depth adjustability for the steering wheel, where the previous model had to make do with only height adjustment. This makes a huge difference to how well you can tune the seating position to your size and frame.

Despite all these improvements, the overall shape of the Juke and its window line means the driver still struggles to see a great deal over their left shoulder for passing other vehicles or parking. Given how vital this is in the Juke, it’s a shame a reversing camera is included only with the Acenta model and above in the trim line-up.

Another area where Nissan has added a lot of room is the rear seats. Where the first Juke was strictly for the kids, this one can handle a couple of adults. Taller folk will still feel a bit cramped, but it’s fine for short journeys, and the Juke is more than up to carrying two children in fine style all the way into their teenage years. The boot is also a good size now and offers up to 422-litres with the rear seats occupied by people. Drop down the 60/40 split and fold seat upper and you free up a maximum of 1305-litres, which is sufficient to deal with most trips to your preferred flat-pack emporium.

In keeping with the massive upgrade to this Juke’s interior compared to its ancestor, the fit, finish and quality of materials all move up several notches. You’ll still find some hard plastics lurking, sometimes where you would expect better, such as the upper parts of the doors. However, it’s still a good showing from Nissan on this front.

The Japanese company has also tried hard with the Juke’s infotainment. Choose the base Visia model and you make do with a simple monochrome display, but all other models come with an 8-inch touchscreen positioned high in the centre of the dash. It’s easy to read and reach, and it reacts quickly to your inputs. However, the graphics and layout of the screen are quite dated compared to those found in a SEAT Arona or Skoda Kamiq. You do get Apple CarPlay and Android Auto as standard, though, so accessing apps and sat-nav is simple. There are also shortcut buttons for the most popular menus screens, and Nissan fits separate controls for the heating and ventilation rather than working these functions through the touchscreen.

2020 Nissan Juke engines: how does it drive?

Nissan has removed any argument or doubt over which engine you’ll choose for the Juke as there’s only one. You do get a say in whether you have a six-speed manual or seven-speed automatic gearbox if you opt for the Acenta trim or above, but the base Visia is only offered with the manual ’box.

The single engine choice is a 1.0-litre three-cylinder turbo petrol motor that makes 114hp. As you pull away, the engine doesn’t have the same urge that you get with others of this capacity and layout, such as those found in Volkswagen or Ford rivals. It means the Juke can feel slow to get off the mark, but it does get better once the motor works past the 2000rpm marker on the rev counter. Work it really hard and the manual gearbox model covers 0-62mph in a class average time of 10.4 seconds. Choose the seven-speed auto and that time slows to a much more tardy 11.8 seconds.

Using the manual gearbox is very easy as the clutch is light and the shift action of the lever is also very light, if a bit notchy. It could almost do with a little more heft to the changes to make the Juke feel more solid, though this does make town driving a very easy experience. For an even more relaxed approach, the seven-speeder auto works up and down the gears with little discernible effort or sensation of shifting ratios.

Further aiding and abetting the Juke as a good car for town driving is the light steering. Again, it could almost do with a little extra weight to give the driver more feedback, but when it comes to negotiating tightly bunched city streets it’s ideal. On country lanes, the Juke is less impressive as the steering has a dull sensation. There’s plenty of cornering grip, but the Nissan never feels on the same plane as a Ford Puma. That’s obvious in the way the Juke rides over jagged road surfaces. Where the Ford flows along, the Nissan bumps and thumps into any imperfection, even in the base Visia trim with the smallest wheels fitted. On the plus side, the firm suspension means there isn’t much lean in bends.

Value for money: how much does a 2020 Nissan Juke cost to buy and run?

Choose the entry-point Visia and you get lots of safety kit, including Lane Departure Warning and Intelligent Lane Intervention to keep you on track. The Visia also has cruise control, electric windows all round, and air conditioning, but no infotainment screen or reversing camera. For those, you need to move to the Acenta that has an 8-inch touchscreen, rear view camera, alloy wheels in place of the Visia’s steel items, and the option of an automatic gearbox in place of the manual transmission.

The N-Connecta trim adds sat-nav to the infotainment, and a 7-inch colour screen for the main dash instruments. You also enjoy keyless entry and ignition, climate control, and a leather-covered steering wheel. Go for the Tekna and it improves on this with 19-inch alloys, the Safety Shield Pack that includes Around View Monitor for really easy parking in tight spaces, upgraded Bose stereo, and heated front seats and windscreen. Or, there’s the top level Tekna+ with two-tone metallic paint and a choice of different interior trim finishes.

Stick with a Juke with the manual gearbox and it will offer a combined economy figure of 46.3mpg and 137g/km. Take the automatic transmission option and those figures are 45.6mpg and 140g/km. As for insurance, your premium will be calculated on groups varying from 12 to 14 depending on trim, so none are expensive to cover.

The second generation of Nissan Juke is an altogether much better car thank its long-running ancestor. Nissan has got the looks spot on and the raised driving position offers a much more SUV-like feel than many of its rivals, which will be an important point for many buyers. The Juke also has a cabin with lots of space for people and luggage, and the dash is well laid out. A pity the base model misses out on an infotainment touchscreen, but all Juke models are keen value next to the competition.

Where the Juke trails the class leaders is the way it deals with ragged roads. A Ford Puma or Peugeot 2008 is a much smoother, cushier car to travel in than the Nissan. The Juke is also hampered to some degree by an engine that needs to be revved more than most in this class to deliver decent performance.

What could I buy instead of a 2020 Nissan Juke? 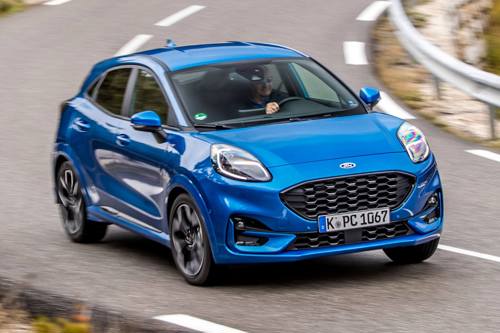 The Puma has become the class act of this segment and the car everyone is aiming to beat. No wonder Ford cannot build the Puma fast enough as demand is very strong. So it should be as this car is great to drive in all situations, from humming through town to zipping down motorways, it feels a class act with its refinement, handling, and comfort. Ford also offers a variety of power options, including a hybrid, so you can use the Puma in town with a clearer conscience. Throw in superb practicality and lots of kit, and the Puma is the benchmark. 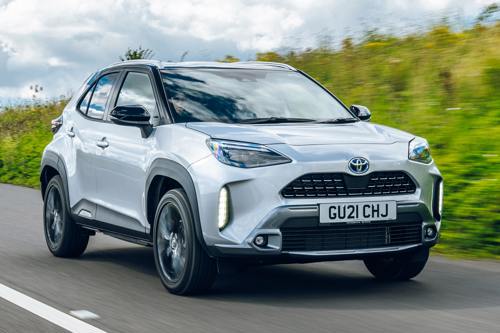 At first glance, the Toyota Yaris Cross looks like it cannot get close to the Nissan Juke on price. However, the Toyota comes as standard with hybrid power that immediately means it’s cheaper to run, so in the long-term it works out as the more cost-effective car to drive. The Yaris Cross also keeps up the value for money pressure with its long list of standard equipment in all models. A more supple ride quality would be welcome in the Yaris, and more practicality would be handy, too. 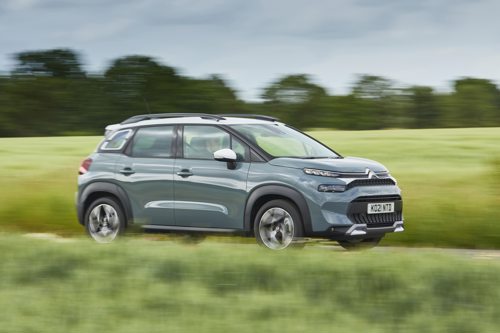 Citroen is always at its best when ignoring the conventions that others stick by. The C3 Aircross is clear evidence of this and, while it might not be an outright class leader, it’s a car that holds a huge amount of appeal for many buyers. For starters, it has great petrol engines and low running costs, plus it has one of the most spacious and versatile cabins of any in the sector. The ride and driving manners of the C3 Aircross let the side down on the motorway, and you have to aim for the higher trim models to get all that you want.